Paramount+ released the official trailer and key art for its upcoming original family sports comedy FANTASY FOOTBALL. Packed with heart and hysterical hijinks, the film will be available to stream beginning Friday, Nov. 25 in the U.S. and Canada and the following day in the U.K. and Australia. Premiere dates for other Paramount+ international markets will be announced at a later date.

Starring and produced by Marsai Martin (“Little”), joined by Omari Hardwick (“Army of the Dead,” “Pieces of Her”), Kelly Rowland (“American Soul”) and Rome Flynn (“How to Get Away with Murder”), the comedic family sports film FANTASY FOOTBALL is directed by Anton Cropper and also stars Elijah Richardson, Hanani Taylor, Abigail Killmeier, Tyla Harris and Isac Ivan, and features special star appearances by Nate Burleson, Jim Nantz and Tony Romo.

In this hilarious and heartwarming father-daughter sports fantasy, everything changes when Callie A. Coleman (Marsai Martin) discovers she can magically control her father, Bobby’s (Omari Hardwick) performance on the football field. When Callie plays as her dad, a running back for the Atlanta Falcons, in EA SPORTS Madden NFL 23, Bobby is transformed from a fumblitis-plagued journeyman to a star running back bound for superstardom alongside his daughter and wife Keisha (Kelly Rowland). With the NFL Playoffs looming and the pressures of Callie’s new commitment to her friends on the robotics team mounting, the two must forge ahead to keep the magic a secret as they juggle the highs and lows of their newfound success, all as they rediscover what it really means to be a family.

Produced in association with NFL Films and with the support of EA SPORTS™, the Atlanta Falcons and Mercedes-Benz Stadium, the movie is written by Zoe Marshall and Dan Gurewitch & David Young, and is based on an original screenplay by Richard T. Jones & Jeremy Loethen and Tim Ogletree.

BMF returns for a second hit season as it dramatizes the inspiring true story of two brothers, Demetrius “Big Meech” Flenory (Demetrius Flenory, Jr.) and Terry “Southwest T” Flenory (Da’Vinchi), who rose from the decaying streets of southwest Detroit in the late ’80s and gave birth to one of the most influential crime families in the country: Black Mafia Family.

BMF, told with grit, heart, and humor, continues to humanize the choices of the brothers and their pursuit of the American Dream. Rooted in family, loyalty, and brotherhood, the series explores the brothers’ complex relationships with their parents, Charles Flenory (Russell Hornsby) and Lucille Flenory (Michole Briana White), who seek counsel from their spiritual advisor, Pastor Swift (Snoop Dogg).

With every character fighting temptation all around them, we parachute into the season with Meech and Terry at odds. Meech wants to expand the business beyond Detroit, while Terry is focused on school and launching a legitimate car-ride service with his Pops. But as the season unfolds, the streets implode and the brothers reunite. Our heroes risk losing everything as they seek to become stronger than ever and strategically execute a new vision for themselves and their business.

Along the way, they form an alliance with Goldie (Oscar-winner Mo’Nique), a sophisticated Atlanta strip club owner, who helps Meech lay the groundwork for his future. Expanding beyond Detroit to Lansing, Ohio and even the South, the brothers face nearly insurmountable obstacles, are confronted with a shocking discovery about a member of their own crew, and battle for every inch of territory.

The series affords viewers exclusive access inside all the epic family feuds, high stakes drug deals, suspicious murders, and champagne drenched parties attended by hip-hop royalty. The docuseries comes on the heels of STARZ’s scripted drama series “BMF,” a multi-season drama that addressed the early Detroit years in its first season. The docuseries will cover the full arc of the BMF story, from the Flenory family’s rise in the early ‘80s in Detroit, through the peak years during the late 90’s and early aughts, to the end of their reign in 2006, up to present day.

Documentary filmmaker Margaret Brown (“The Order of Myths”, “The Great Invisible”) returns to her hometown of Mobile, Alabama to document the search for and historic discovery of “The Clotilda,” the last known ship to arrive in the United States, illegally carrying enslaved Africans.

After a century of secrecy and speculation, the 2019 discovery of the ship turns attention toward the descendant community of Africatown and presents a moving portrait of a community actively grappling with and fighting to preserve their heritage while examining what justice looks like today.

A special jury prize winner at the 2022 Sundance Film Festival, Descendant is a Higher Ground and Participant production, in association with Two One Five Entertainment.

A father (Marlon Wayans) and his teenage daughter (Priah Ferguson) are forced to team up and save their town after an ancient and mischievous spirit causes Halloween decorations to come to life and wreak havoc.

From celebrated writer and film historian Elvis Mitchell, IS THAT BLACK ENOUGH FOR YOU?!? is both a documentary and deeply personal essay.

The film examines the craft and power of cinema from a perspective often overlooked: the African American contribution to films released from the landmark era of the 70s. It is a deep dive into the impact that point of view had on movies, as well as popular culture, and serves as a love letter to film, posing questions that have never been asked, let alone answered.

Crucial artistic voices, including director Charles Burnett, Samuel L. Jackson, Whoopi Goldberg, Laurence Fishburne, Zendaya and others, offer their distinctive prism on the creators and films that dazzled and inspired.

The film provides insight into the history of Black representation going back to the earliest days of cinema, and the cultural impact of witnessing unapologetic Blackness.

An amazingly fresh and unique series that pulls you in immediately. Definitely binge worthy! And we thought “Hill Street Blues” was edgy! The Hip Hop Culture is throughout. From the Jay Z episode titles and music to the hood vernacular that is traditionally hidden from mainstream unless accessed from Hip Hop records. The series is extremely relatable and it works within the classy, intellectual world of attorney at law Jax Stewart.

In Reasonable Doubt, you’ll judge Jax Stewart for her questionable ethics and wild interpretations of the law … until you’re the one in trouble.

Then you’ll see her for what she is: the most brilliant and fearless defense attorney in Los Angeles who bucks the justice system at every chance she gets.

Emayatzy Evett Corinealdi shines bright reminiscent of her power role in “Ballers.” Her supporting cast and guest stars are stellar as well. This Series is rapidly leaning toward Instant Classic status.

Emayatzy Evett Corinealdi is an American actress. She is best known for her leading role in the Ava DuVernay film Middle of Nowhere and Miles Ahead, and The Invitation. and Tessie Graham in Hand of God, Candace Brewer in Ballers, and Tia Young in The Red Line.

THE LONG-AWAITED RETURN OF “RAP CITY ‘22” HOSTED BY

Viewers can visit the official site at BET.com/HipHopAwards, to get up-to-date info on this year’s trailblazing “BET Hip Hop Awards,” take a look back on past awards, and peer into the future with hot new original digital series and offerings.

On Facebook by liking the fan page at facebook.com/HipHopAwards. 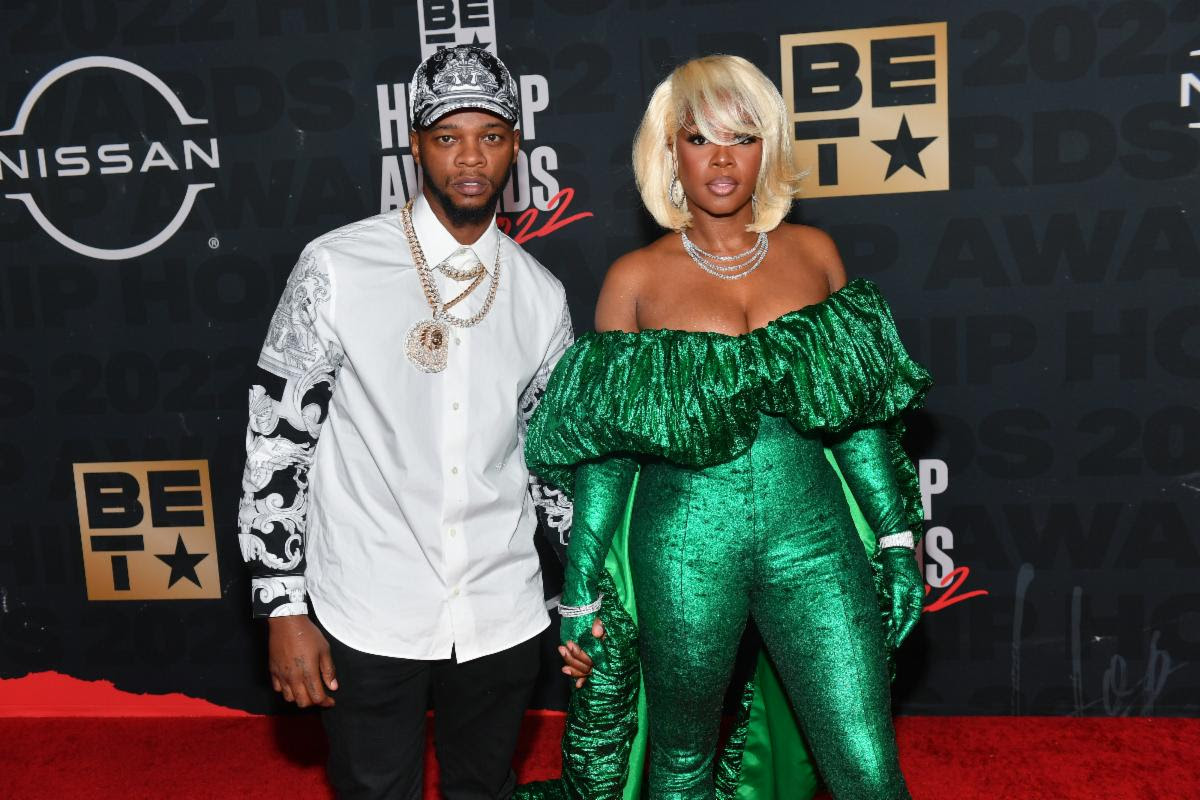 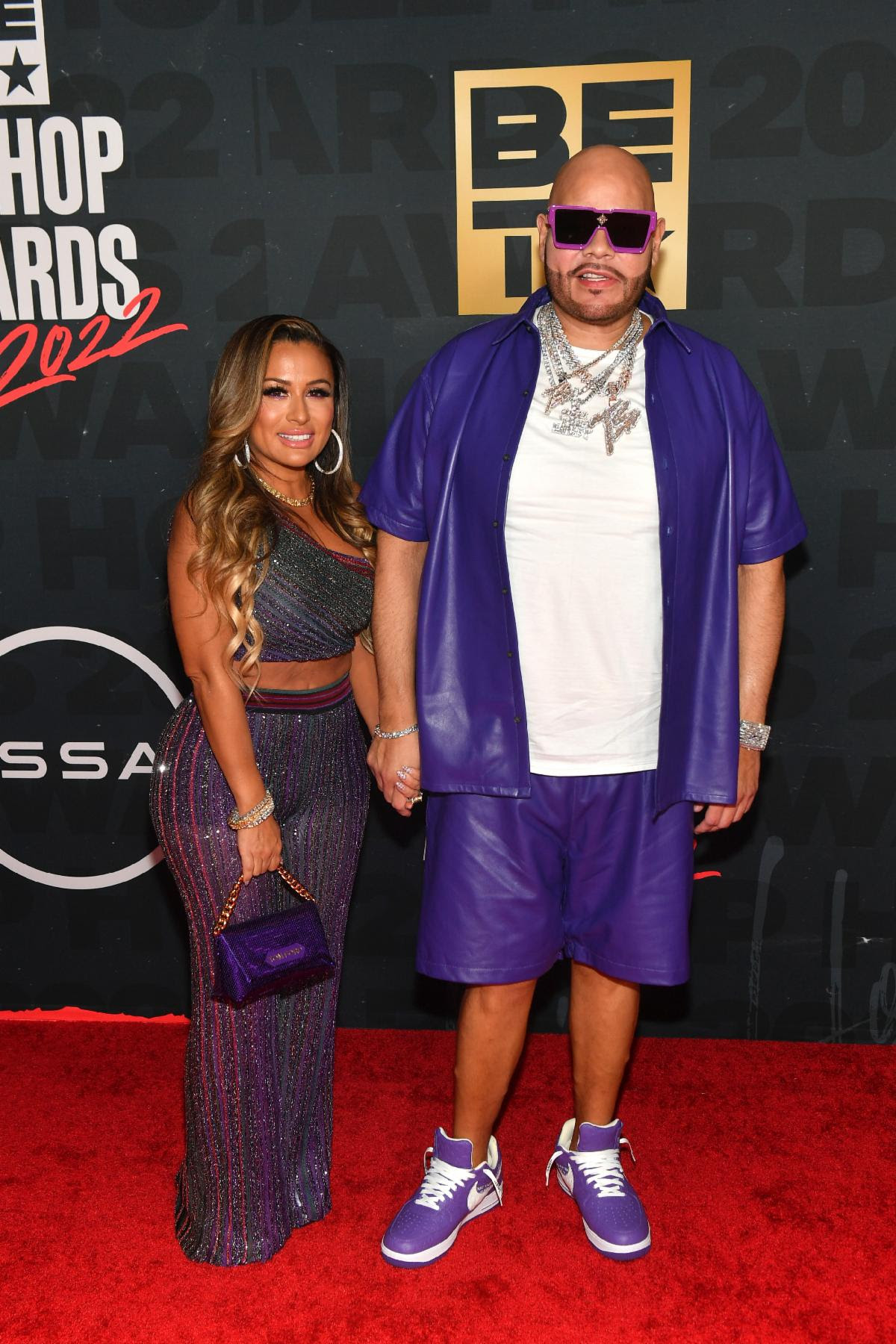 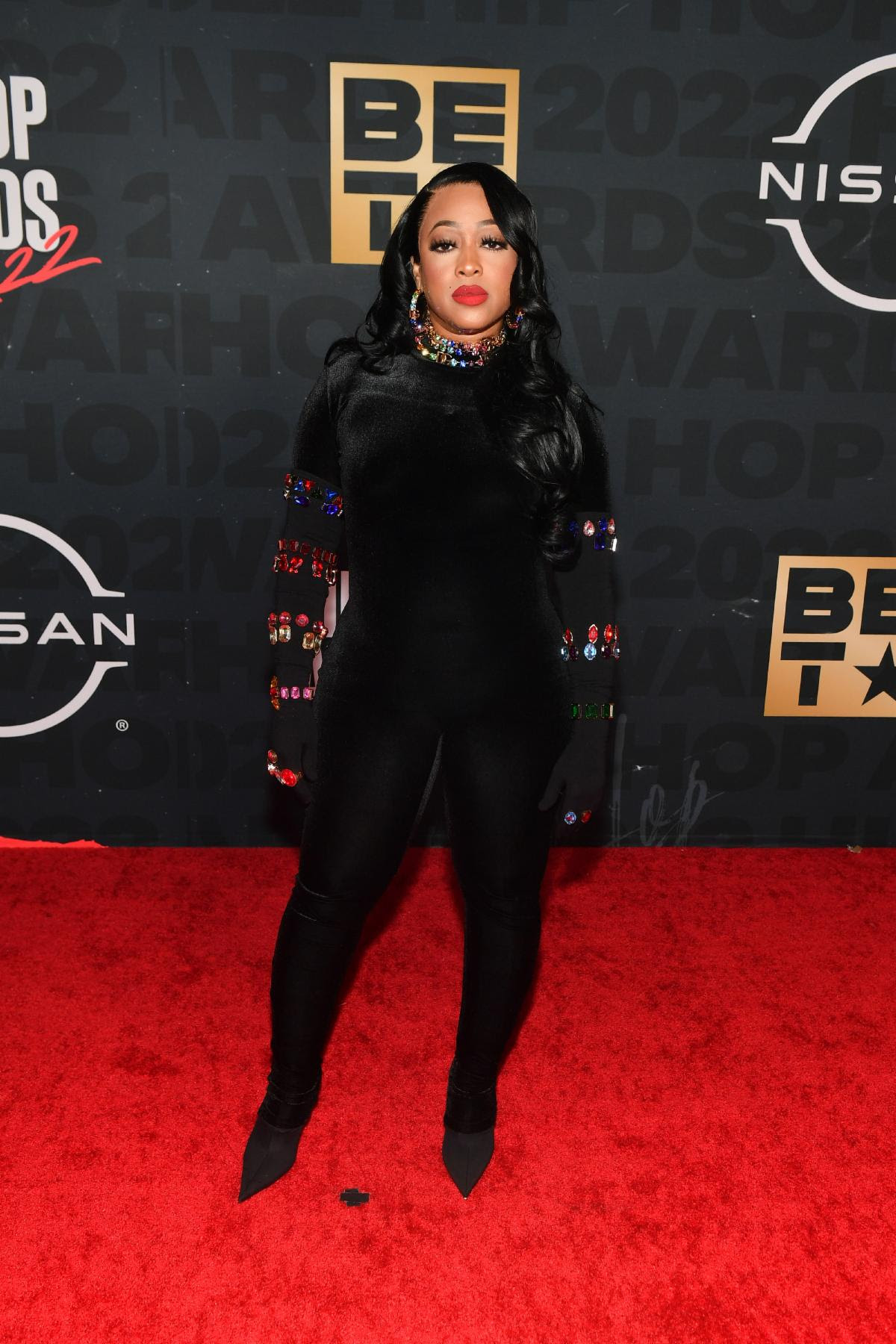 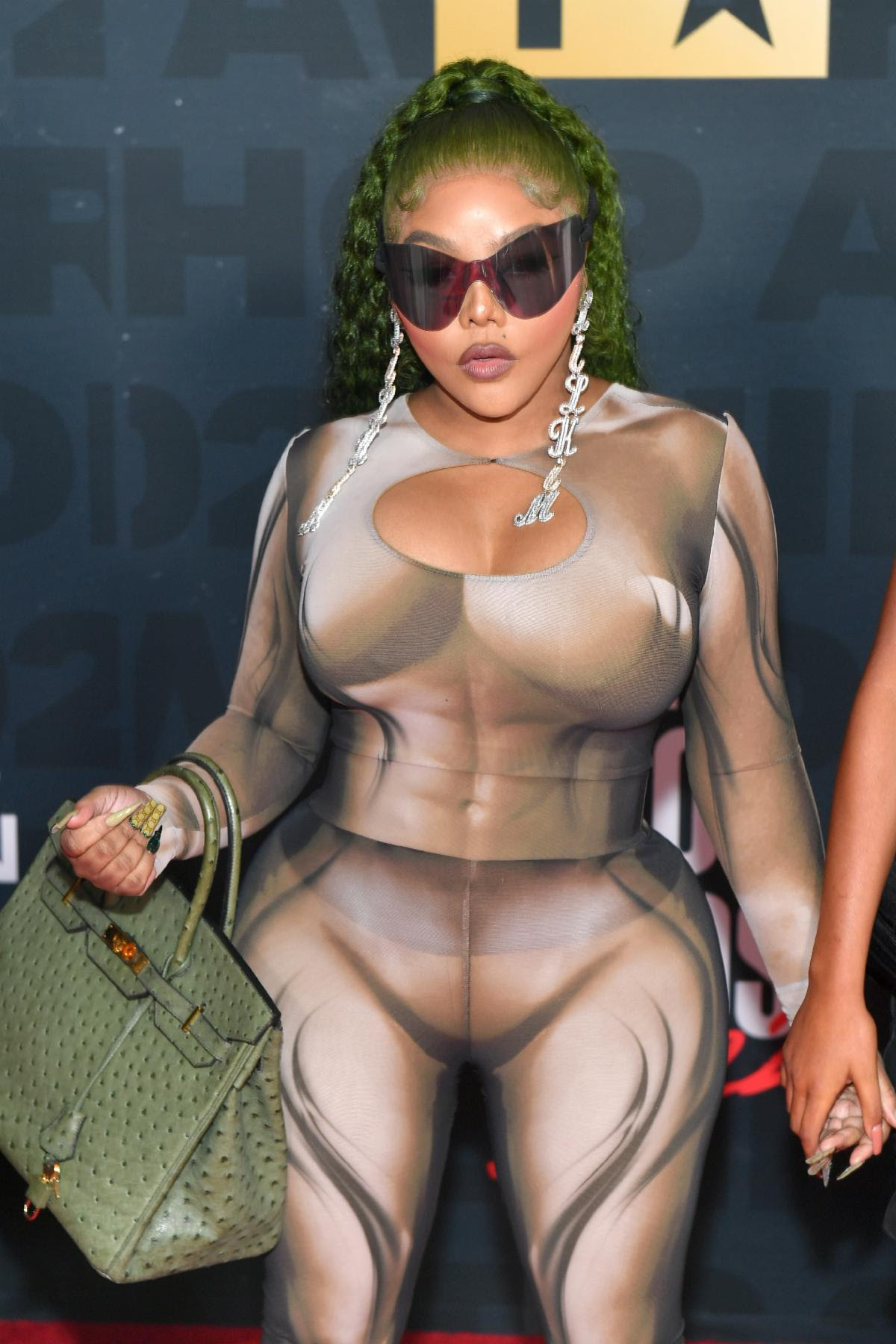 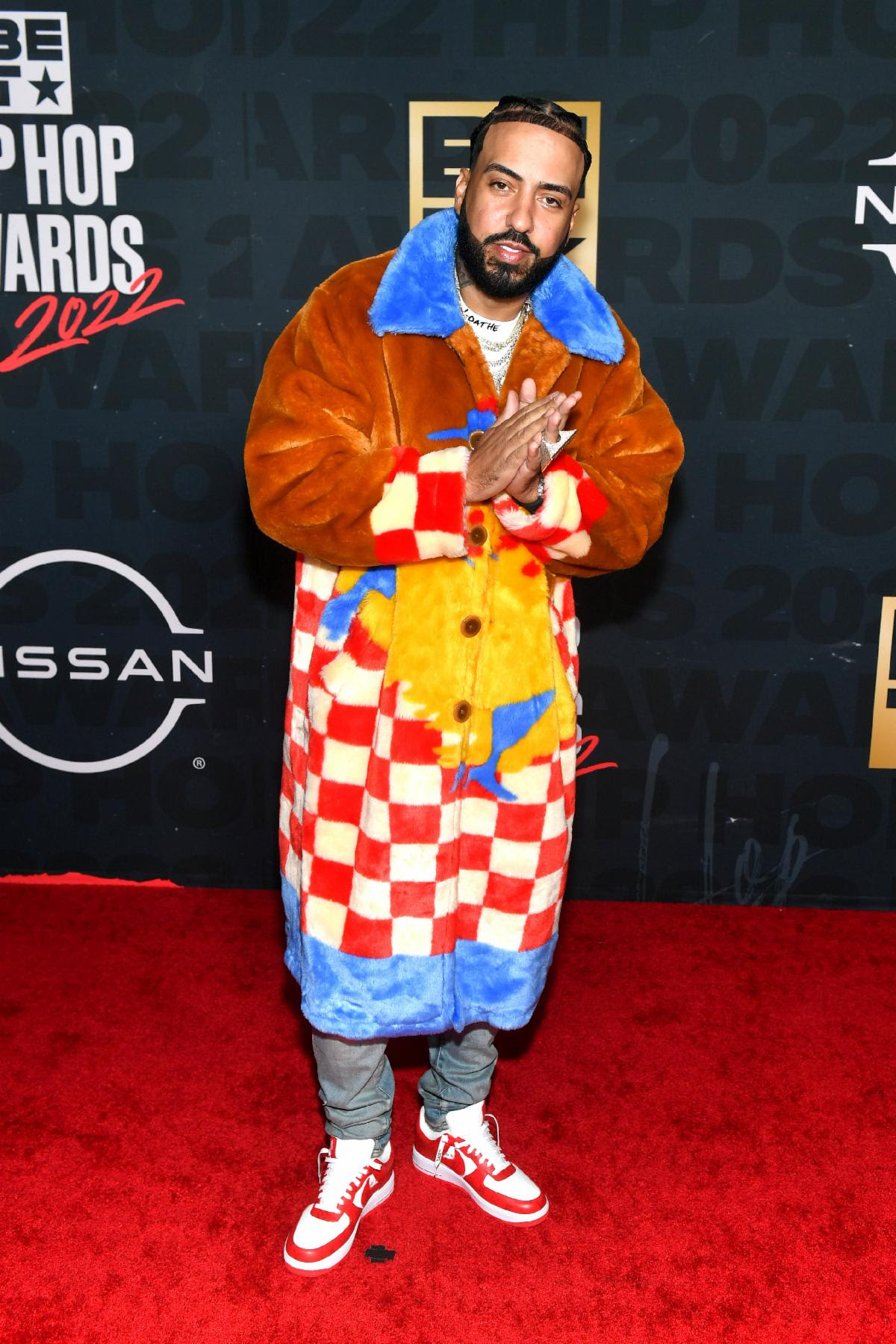 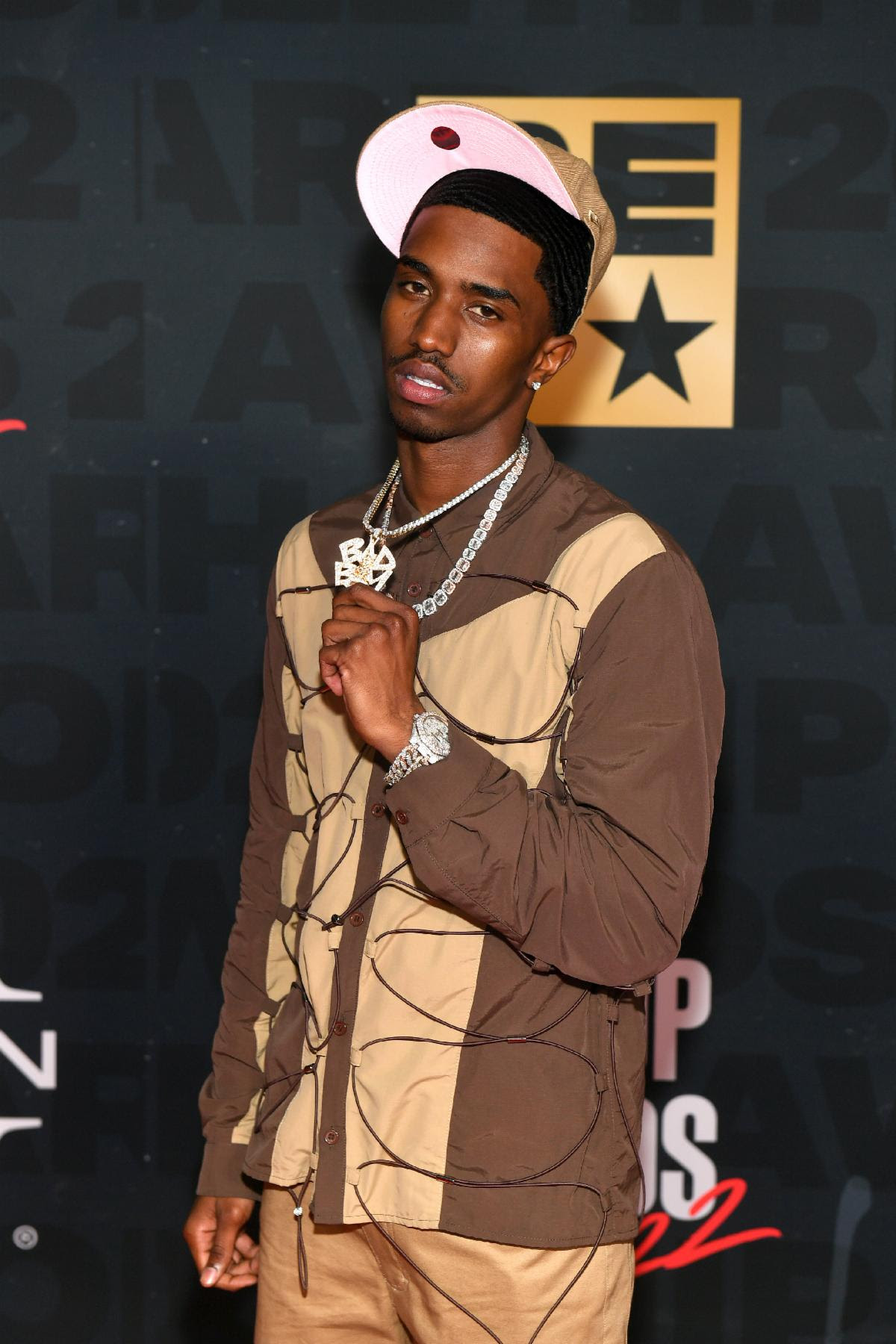 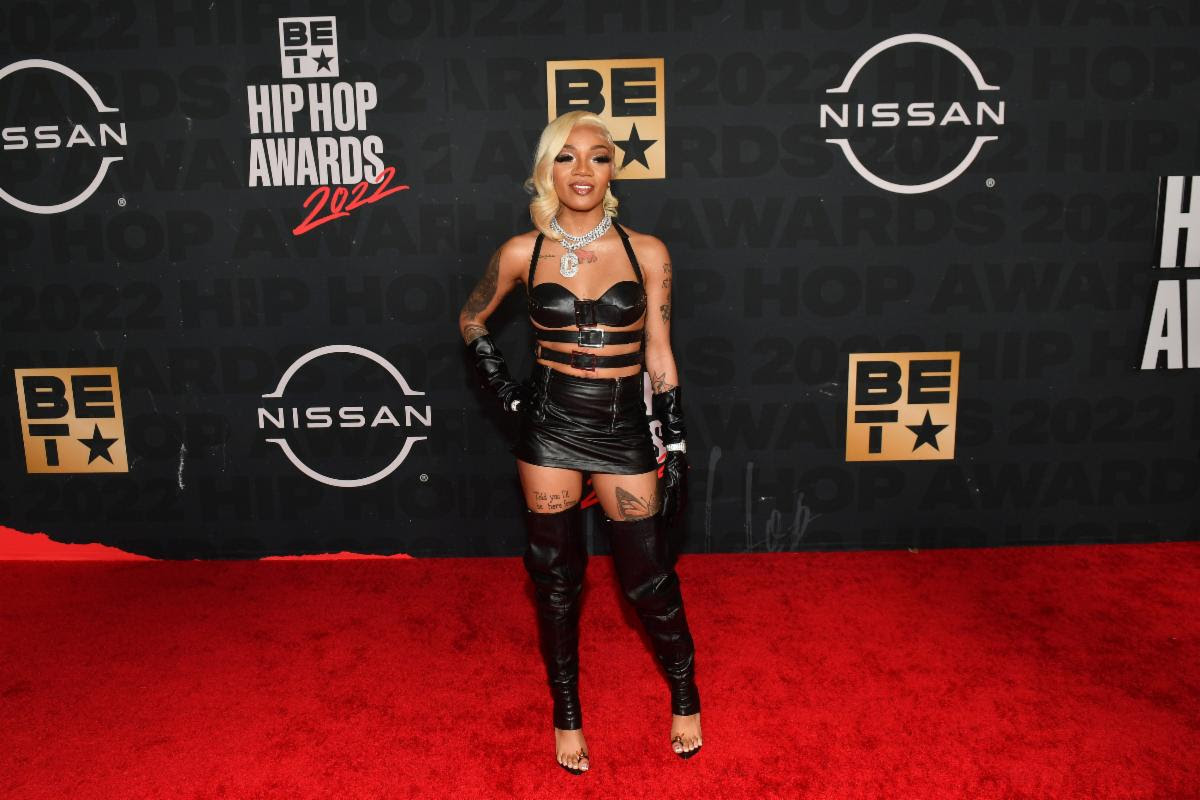 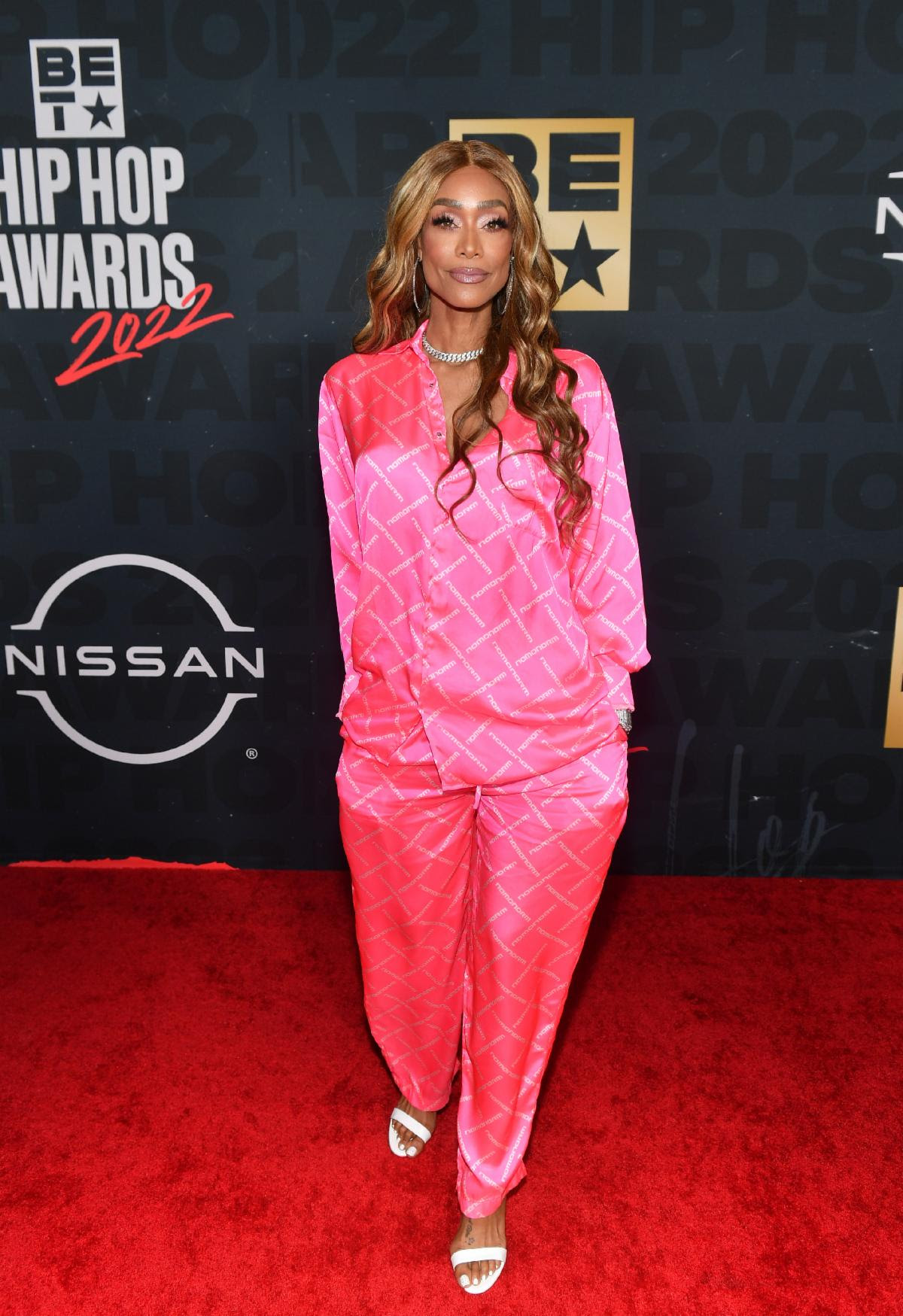 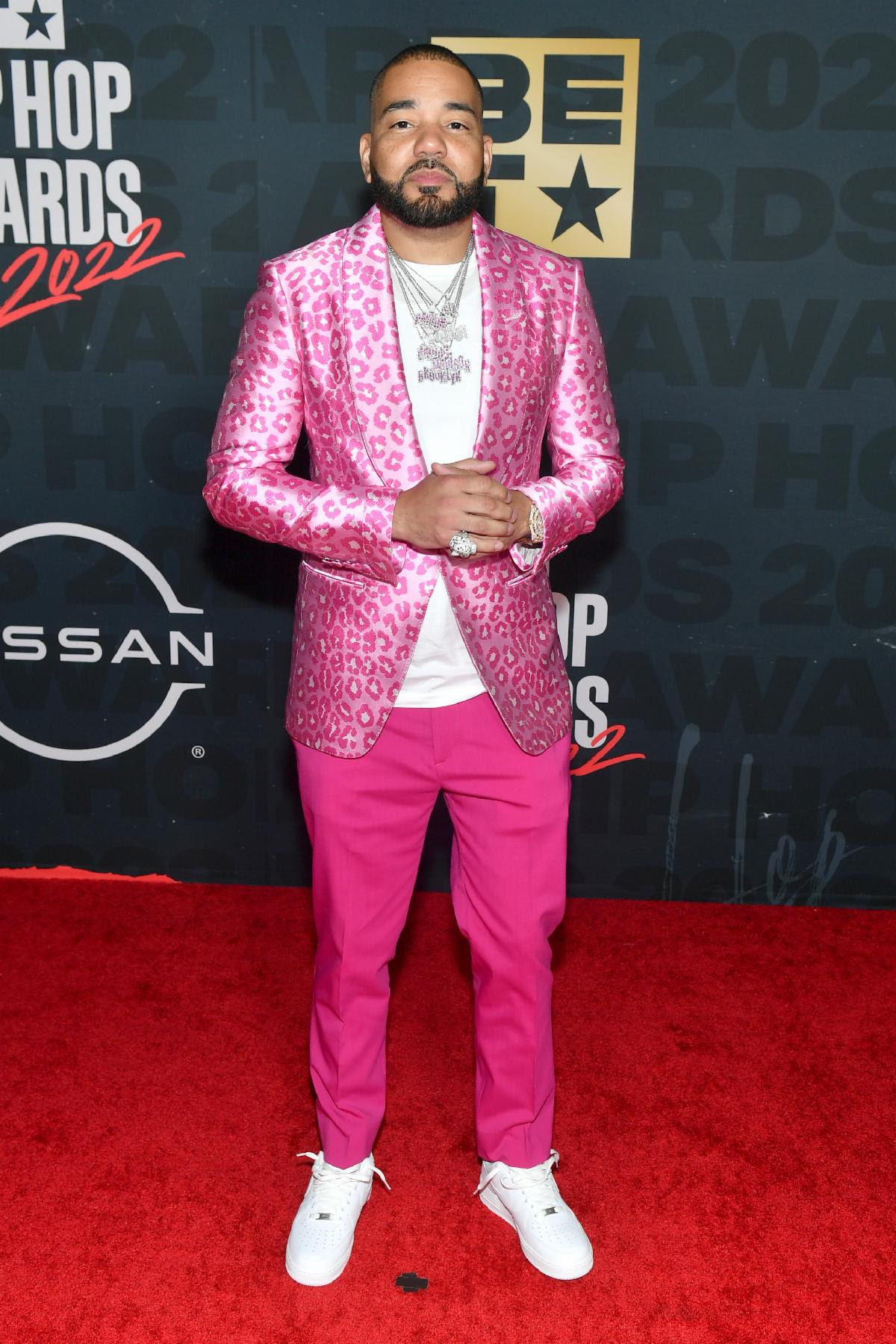 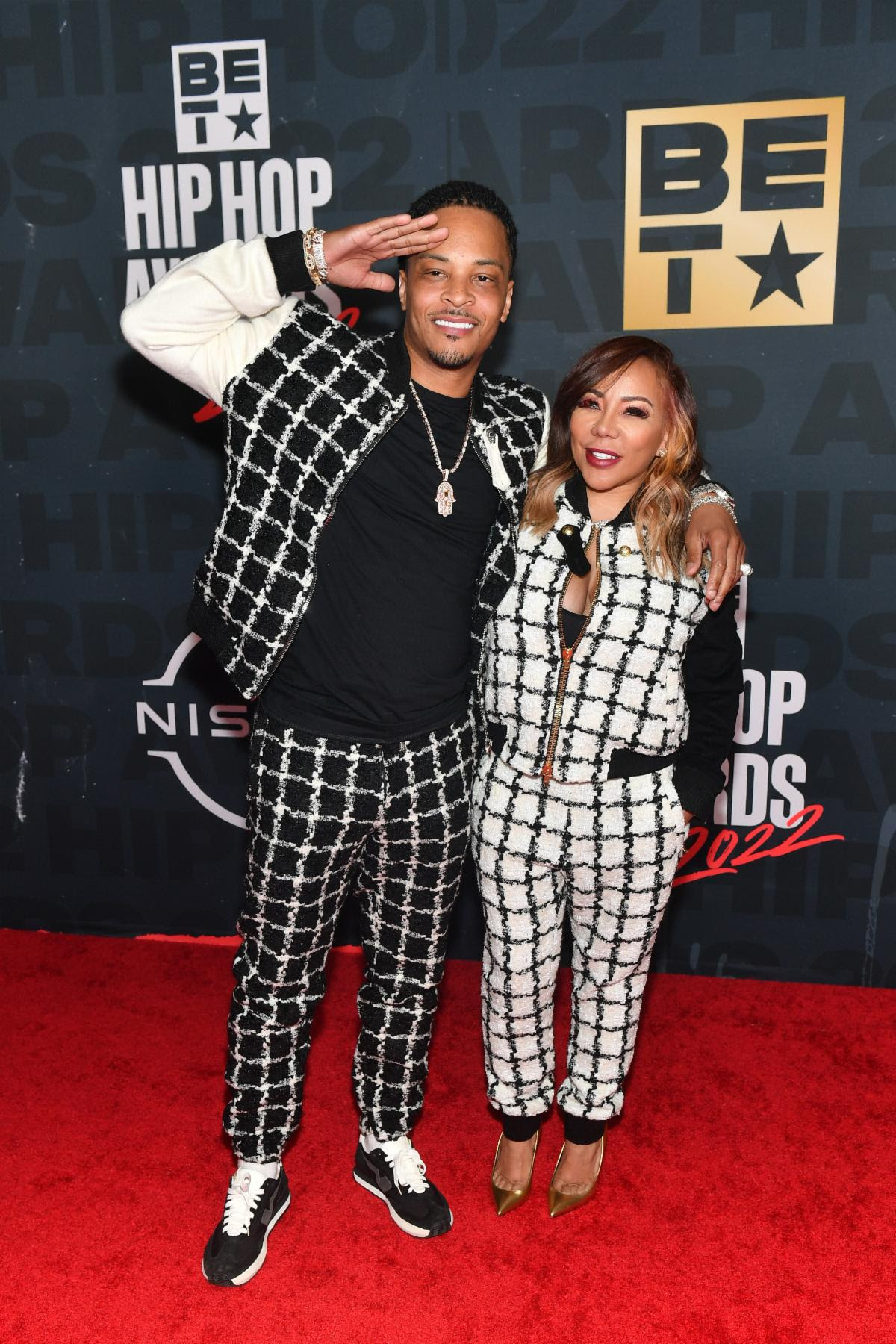 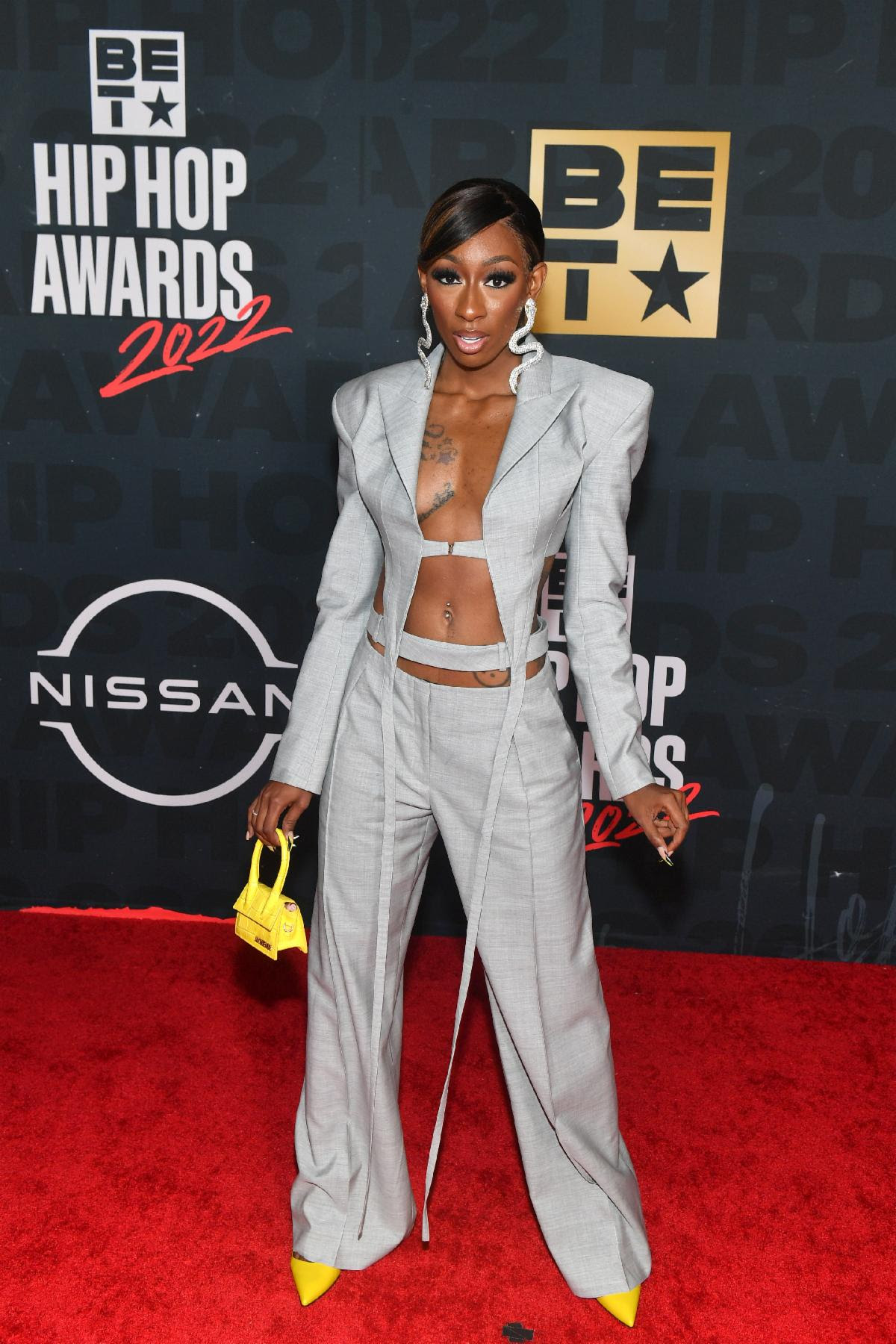 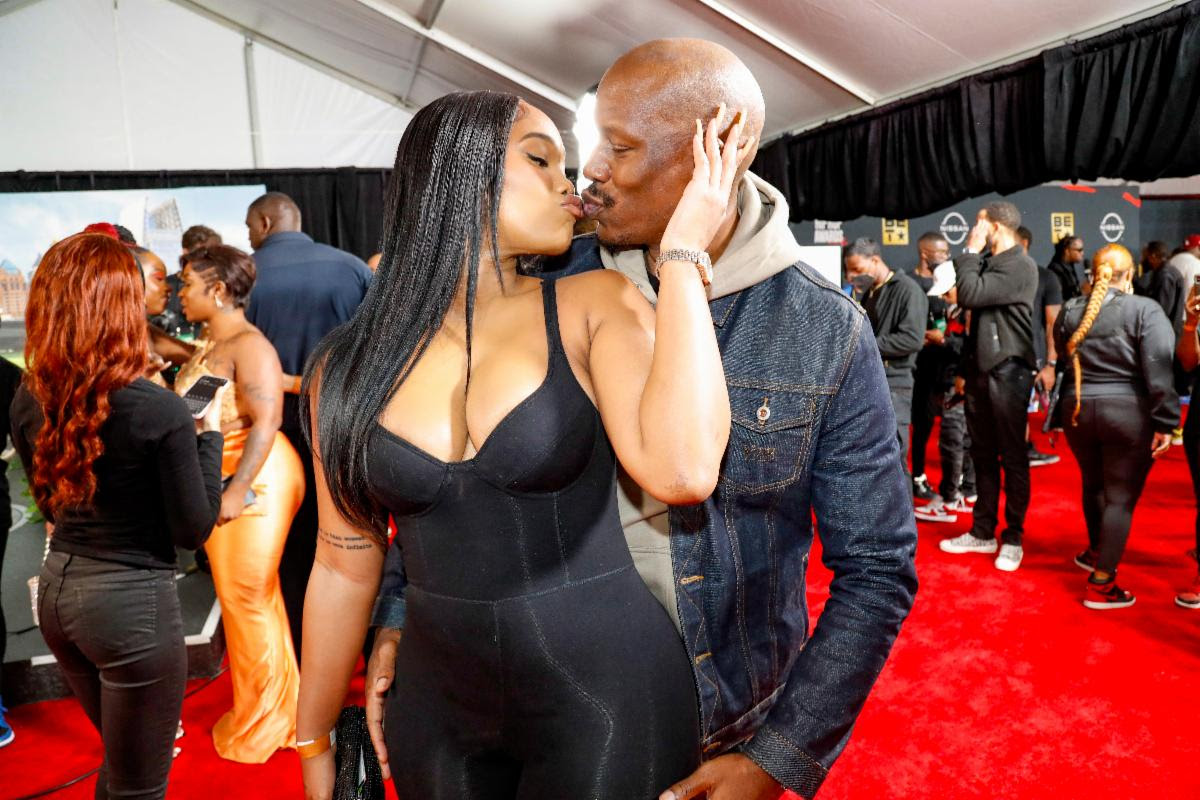 BET, a unit of Paramount (NASDAQ: PARAA; PARA; PARAP), is the nation’s leading provider of quality entertainment, music, news and public affairs television programming for the African American audience. The primary BET channel is in 125 million households and can be seen in the United States, Canada, the Caribbean, the United Kingdom, sub-Saharan Africa and France. BET is the dominant African-American consumer brand with a diverse group of business extensions including BET+, the preeminent streaming service for the Black audience; BET.com, a leading Internet destination for Black entertainment, music, culture, and news; BET HER, a 24-hour entertainment network targeting the African American Woman; BET Music Networks – BET Jams, BET Soul and BET Gospel; BET Home Entertainment; BET Live, a growing BET festival business; BET Mobile, which provides ringtones, games and video content for wireless devices; and BET International, which operates BET around the globe.

“BET Hip Hop Awards” is an annual celebration that pays homage to a culture that changed the world while highlighting the best in hip hop music. Year after year, BET delivers the best in hip hop for an unforgettable night of performances, cyphers and tributes honoring hip-hop legends that have and continue to make hip hop culture a global force.

Founded in 2012, Jesse Collins Entertainment (JCE) is a full-service television and film production company that has played an integral role in producing many of television’s most memorable moments in music entertainment. The Emmy® nominated company has a multi-year overall agreement with ViacomCBS Cable Networks. On the theatrical film side, the company also has a first look on JCE’s film development projects which could include Viacom’s film entities such as Paramount Players. JCE’s award-winning and critically acclaimed television includes programming from its three divisions. From the scripted division: scripted series—Real Husbands of Hollywood, American Soul and miniseries—The New Edition Story and The Bobby Brown Story. From the unscripted division: unscripted series – Cardi Tries, My Killer Body with K. Michelle, DJ Cassidy’s Pass the Mic and Forward: The Future of Black Music, competition/game shows—Becoming A Popstar, Rhythm + Flow, Sunday Best, Hip Hop Squares and Nashville Squares, talk show – Face to Face with Becky G and children’s series—Bookmarks: Celebrating Black Voices (Emmy® Award winner). From the specials division: award shows—The American Music Awards, BET Awards, Soul Train Awards, BET Hip Hop Awards, Black Girls Rock!, BET Honors, UNCF’s An Evening of Stars and ABFF Honors, specials—upcoming Martin: The Reunion, John Lewis: Celebrating A Hero, Love & Happiness: An Obama Celebration, Change Together: From The March On Washington To Today, A GRAMMY Salute to the Sounds of Change, Stand Up for Heroes, Dear Mama, Amanda Seales: I Be Knowin’, Def Comedy Jam 25, Leslie Jones: Time Machine, The All-Star Nickmas Spectacular and Rip the Runway. Jesse Collins, Founder and CEO of JCE, is the executive producer of all programming. He is also an executive producer for the Grammy Awards, The American Music Awards and The Pepsi Super Bowl Halftime Show. He also produced the 2021 Oscars.

Blue Note New York kicks off Robert Glasper’s 4th annual Robtober residency this evening. From October 4 to November 6, Glasper will perform a total of 52 shows across 26 nights, including Halloween weekend.

yasiin bey, Lalah Hathway, Terrace Martin, Isaiah Sharkey, Alex Isley, Pino Palladino, and many others will join Glasper during his residency, with more special guests to be announced in the upcoming weeks.

Regarded as one of hip-hop’s most introspective and insightful artists, yasiin bey has shaped a career that transcends music genres and artistic medium.