PHILADELPHIA AND HOLLYWOOD — September 24, 2020 – Comcast and REVOLT,  the unapologetically Hip Hop content platform from Sean “Diddy” Combs dedicated to the creators of this generation, have reached an agreement to significantly expand its availability to Xfinity TV customers across the country in new and existing markets.

On September 29, REVOLT will be added in HD to the Xfinity Digital Starter package in Philadelphia, Northern New Jersey, Orlando, West Palm Beach, Ft. Myers, Jacksonville, Tampa, Knoxville, Indianapolis, Charleston, and Augusta, making the network available to millions more Xfinity customers. Additionally, in markets where REVOLT has been available in standard definition as part of the Xfinity Digital Premier package, the network will be moved to Digital Starter in HD, beginning September 29.

“REVOLT exists to tell our stories and empower our community,” said Sean “Diddy” Combs, Chairman, REVOLT Media & TV. “As one of very few Black-owned media platforms, it is important that we can reach our audiences wherever they are. We are excited to continue to grow with Comcast and deliver our content to millions of additional homes.”

“Comcast was one of the first television distributors to carry REVOLT to millions of its customers when it launched in 2013, and we are very pleased to bring its creative music- and social justice-focused content to even more Xfinity TV customers across the country,” said Dana Strong, President, Xfinity Consumer Services.

As part of the new agreement, the companies will collaborate to create impactful cultural content. The first program, “Black Voices on Mute,” will feature original content that bridges the past with the present to illuminate the importance of voting and the history of voter suppression in the Black community. This short form content will amplify narratives around social justice, empowerment, and voter turnout leading up to the November 3rd national election.

This original content will also be featured in Black Voices. Black Stories, a specially curated content collection on Xfinity X1, Stream and Flex featuring a wide variety of movies, documentaries, TV series and more. Designed to educate and drive awareness, the collection of curated content specifically reflects the country’s long history of racial discrimination and injustice along with bold movies and specials featuring some of the most recent efforts by the Black community to attain social justice and create inclusive movements towards equality.

“There is no better time than now to amplify Black stories and content, and we are excited to bring new programming from Revolt to our platform and recently launched content collection, Black Voices. Black Stories,” said Keesha Boyd, Executive Director, Multicultural Video & Entertainment, Xfinity Consumer Services.

The broader relationship with Comcast also comes on the heels of REVOLT’s expanded commitment to social justice. In the past few months, the network aired a live and urgent town hall, “State of Emergency,” hosted by Combs, with notable guests exposing the disproportionate impact that COVID-19 has had on Black communities; partnered with NAACP, Sankofa, March for Our Lives, and Hip-Hop Week MKE for notable social justice livestream events; and launched “REVOLT Black News,” a weekly news show hosted by Eboni K. Williams that presents an unfiltered conversation about current events with the leaders of Black culture, including artists, activists, politicians, experts, and more. REVOLT has remained steadfast as an unfiltered platform and home for content by artists including its recently launched “The Fat Joe Show” and Guapdad 4000’s “The Valentino Vlog,” as well as “The Breakfast Club,” “Drink Champs: Happy Hour,” and series partnerships like “Anatomy of…”  and “What’s Good Africa.”

Comcast Corporation (Nasdaq:CMCSA) is a global media and technology company with three primary businesses: Comcast Cable, NBCUniversal, and Sky. Comcast Cable is one of the United States’ largest high-speed internet, video, and phone providers to residential customers under the Xfinity brand, and also provides these services to businesses. It also provides wireless and security and automation services to residential customers under the Xfinity brand. NBCUniversal is global and operates news, entertainment and sports cable networks, the NBC and Telemundo broadcast networks, television production operations, television station groups, Universal Pictures, and Universal Parks and Resorts. Sky is one of Europe’s leading media and entertainment companies, connecting customers to a broad range of video content through its pay television services. It also provides communications services, including residential high-speed internet, phone, and wireless services. Sky operates the Sky News broadcast network and sports and entertainment networks, produces original content, and has exclusive content rights. Visit www.comcastcorporation.com for more information.

National Geographic Also Commits to Airing I am a voter. PSAs During the Broadcast of CITY SO REAL and Across the Network Leading Up to the Election as Part of Walt Disney Television’s Civic Engagement Campaign
All Five Episodes Will Be Available Next Day on Hulu – Friday, October 30
OFFICIAL TRAILER PREMIERE: 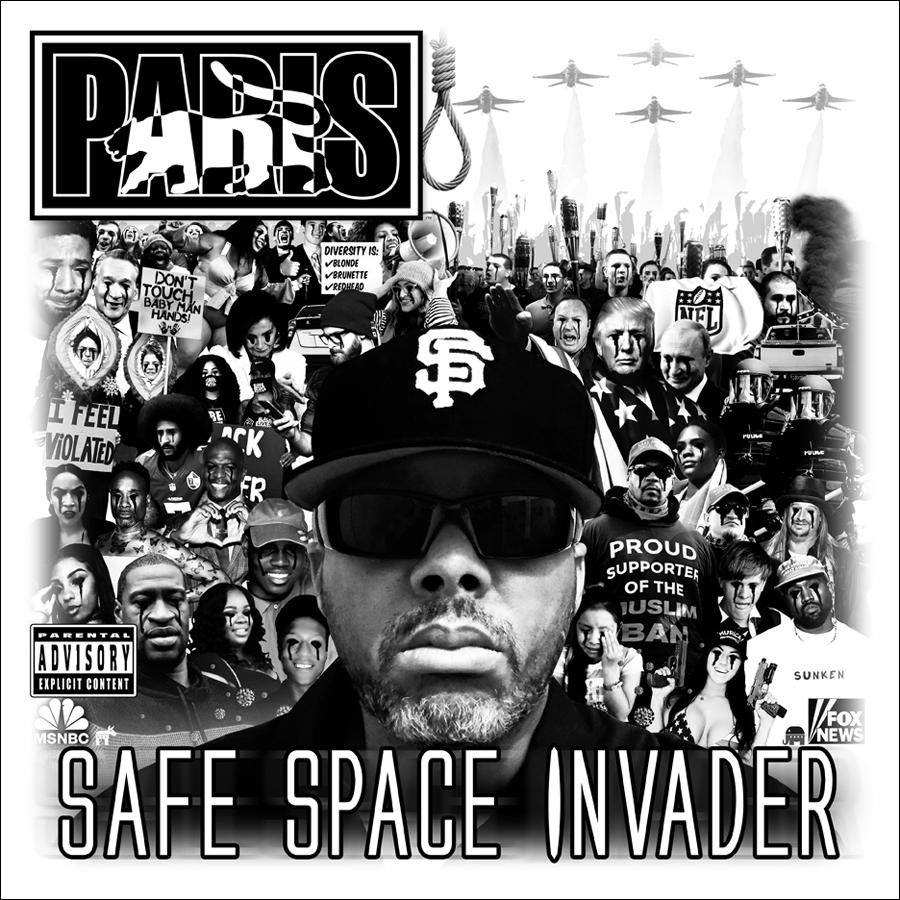 Entirely self-produced and released on his own Guerrilla Funk Recordings imprint, Safe Space Invader is a brutal commentary on Black life in 2020 America, touching on the topics of police brutality, racism, gentrification, economic inequality and cancel culture, among others.
Safe Space Invader – Track List
1   Bang Bang
2   Why Reconcile?
3   Press On
4   Nobody Move
5   Chain Reaction
6   Return Of The Vanguard
7   Turned The key
8   Baby Man Hands
9   Walk Like A Panther
10 Somethin’ ‘Bout The West Coast
On September 11, Paris released the video for the song “Nobody Move.” The clip pays homage to graphic artist Emory Douglas whose work for the Black Panther Party became a symbol of rebellion and popular uprising in the 1960s. The clip is available on YouTube and has so far garnered over 300k views!
Watch “Nobody Move” here: 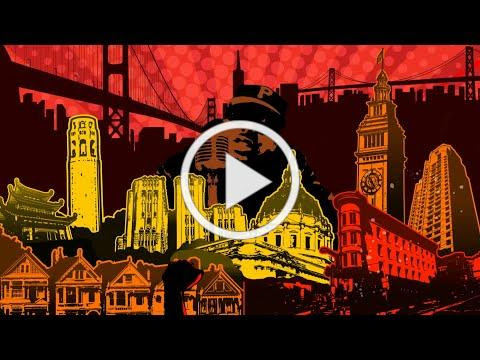 Armed with only one word—Tenet—and fighting for the survival of the entire world, the Protagonist journeys through a twilight world of international espionage on a mission that will unfold in something beyond real time.
Not time travel. Inversion.

Nolan wrote and directed the film, utilizing a mixture of IMAX® and 70mm film to bring the story to the screen. “Tenet” is produced by Emma Thomas and Nolan. Thomas Hayslip served as executive producer.

The score is composed by Ludwig Göransson.
“Tenet” was filmed on location across seven countries.

On Saturday, September 5th, STARZ celebrated the highly anticipated series premiere of “Power Book II: Ghost” with a drive-in screening in the Hamptons hosted by Curtis “50 Cent” Jackson, Executive Producer and creative force behind the “Power” Universe franchise, and STARZ President and CEO Jeffrey Hirsch. The event, which included a screening of the series premiere and an introduction by Jackson and Hirsch was streamed live on Twitter at 11pm ET as a pre-show before the show’s exclusive premiere at 12am ET on the STARZ App.

The STARZ Original Series “Power Book II: Ghost,” starring Michael Rainey Jr., Naturi Naughton, Mary J. Blige and Cliff “Method Man” Smith, is set to premiere on Sunday, September 6 at 9 PM ET/PT before moving to its regular timeslot at 8 PM on STARZ in the U.S. and Canada, and day and date on the Starzplay international streaming service around the world. The premiere season for “Ghost” will be split into two parts of five episodes each, with the second half scheduled to air later this year.

About the show:
“Power Book II: Ghost” picks up shortly after the earth-shattering events of “Power” as Tariq St. Patrick grapples with a new world order: his father dead and his mother, Tasha, facing charges for the murder her son committed. Not to mention the academic rigors of the Ivy League university Tariq is attending to earn his inheritance. Truly on his own for the first time in his life, Tariq is forced to split his time between school and hustling to pay for Davis MacLean, the fame-hungry defense lawyer who is Tasha’s only hope of getting out of jail and escaping prosecution by newly minted U.S. Attorney Cooper Saxe. With no better options, Tariq turns to the familiar drug game, entangling himself with a cutthroat family headed by Monet Stewart Tejada, that’s been at it far longer than him. As Tariq tries to balance his drug operation with his grades, love life, and family, he figures out that the only way to avoid the same fate his father met is to become him — only better.

“Power Book II: Ghost” is executive produced by series creator and showrunner Courtney A. Kemp through her company End of Episode and Curtis “50 Cent” Jackson through his G-Unit Film and Television. Also serving as executive producers on the series are Mark Canton through his Atmosphere Entertainment MM, End of Episode’s Chris Selak and Danielle De Jesus, Shana Stein and Bart Wenrich. Lionsgate TV produces the series for STARZ.