A holiday musical event over 20 years in the making, Jingle Jangle: A Christmas Journey is a timeless yet unprecedented tale of magic, second chances, and the power of love to conquer all obstacles – an Instant Classic. Written and directed by David E. Talbert (Almost Christmas), the film stars Academy Award winner Forest Whitaker (The Last King of Scotland), Emmy Award winner Kee- gan-Michael Key (Dolemite Is My Name), Tony Award® winners Anika Noni Rose (Dreamgirls) and Phylicia Rashad (the Creed films), Golden Globe® nominee Hugh Bonneville (Downton Abbey), Grammy® winner Ricky Martin (American Crime Story), and newcomer Madalen Mills as the denizens of the fictional town of Cobbleton. A place where anything is possible. Interspersed with whimsical stop-motion animation, show-stopping choreography, and original music by eight-time Grammy Award-win- ner Philip Lawrence (Bruno Mars’s primary songwriter), Davy Nathan, Michael Diskint, and EGOT winner John Legend, Jingle Jangle: A Christmas Journey is the culmination of a lifetime’s worth of imagination and redefines what a classic musical fantasy can be for a new generation of dreamers.

While Jingle Jangle: A Christmas Journey may be Talbert’s fifth feature film, the prolific playwright and stage director’s career in musical theater spans 30 years with over 14 top-grossing national tours under his belt. To say he’s familiar with the ways music inherently supports a narrative is an understatement. But the earliest inspiration for the film didn’t come in the form of a song; rather it started as a poem that Talbert wrote which ruminated on the healing power of love and the magic it possesses. “It was something that weighed heavily on my mind as I got older, the concept of time. How do you recapture it? How do you recapture your magic?” says Talbert. “It’s love that makes everything work again. And that’s really the spirit of this story.”

Together with his producing partner and wife Lyn Sisson-Talbert — who has pro- duced all of Talbert’s plays and films — David set about turning the idea into a mu- sical that was initially intended for the stage. He started writing the first iterations of Jingle Jangle: A Christmas Journey in 1998, taking inspiration from works like Dream- girls and The Wiz. He continued to tinker with the story as the years went by, but it wasn’t until the birth of their son, Elias, now 7, that it became apparent that the story was not only better suited for film, but one that the medium desperately needed.

“All the greatest memories I had as a child came from the magic and wonder in the movies I saw. Chitty Chitty Bang Bang, Willy Wonka and the Chocolate Factory, and the original Doctor Doolittle with Rex Harrison were ones I rewatched. But as I’m sitting down with my son, watching these films, there was no representation or any diversity in any of them. So I wanted to revisit the joy, the magic, the wonder of my childhood, but then infuse it with people who look like me,” says Talbert.

The key that unlocked everything was accessibility. Jingle Jangle: A Christmas Journey is as universal as a story gets, it just happens to feature people of color in near- ly every role. Every show-stopping moment — from its grand opening, to its heroic Indiana Jones-like set pieces, to its emotional final act — is populated by people who are given costumes, hairstyles, choreography, and musical numbers (not to mention aspirations, intellect, and skill sets) that weren’t typically afforded them in the films of yesteryear. “As an artist and creator, I want to make a film that inspires and enter- tains. I just want to have it be more representative of the world. Something that says people of color can exist in a magical world.”

Soon after Netflix had acquired the film, Get Lifted, the celebrated production company founded by Emmy and Tony Award-winning Producer Mike Jackson, Ty Stiklorius, and EGOT recipient John Legend, came on board after they heard about the project from Executive Music Producer Harvey Mason Jr. “Harvey called me to see if I’d be interested in doing a holiday musical and I said absolutely,” says Jackson. “But after reading the script and realizing it was focused on a Black family, I knew it was a major opportunity to be a part of storytelling in a way we’ve never seen before. Obviously, we’ve seen Black families in holiday films, but nothing of this size and scope with the music, the CGI, and the animation. It just felt like it was going to be spectacular — and it is.”
With hits such as Jesus Christ Superstar and the Oscar®-winning La La Land in their repertoire, Get Lifted was the perfect company to help shepherd Jingle Jangle: A Christmas Journey through the production process. “The film hits on a lot of touch- stones that are important to our company, so to support David and Lyn in producing this idea they birthed into existence 20 years ago was really special,” says Jackson. 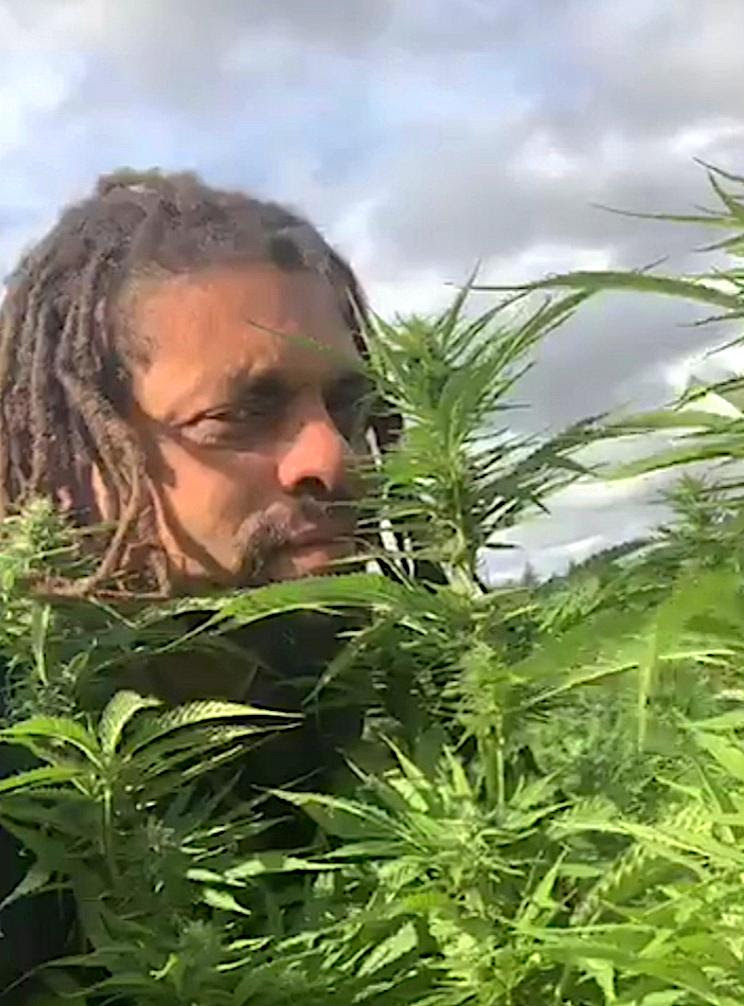 On Friday, November 20, 2020, one of marijuana’s staunchest supporters, Ed “NJWeedman” Forchion,  held an online press conference at his NJWeedman’s Joint location, contesting New Jersey’s recent legalization of cannabis. Forchion announced his federal lawsuit against New Jersey Governor Phil Murphy, accusing the state of baiting New Jersey citizens into voting for the legalization of a corporate, Caucasian run cannabis industry, under the guise of legalizing marijuana. Forchion notes that under the current developing legislation, marijuana will still be illegal and in fact, criminalized, in underserved communities. View Case 3:20-cv-16582-PGS-TJB FORCHION v. MURPHY at: http://njweedman.com/Federal_Cannabis_lawsuit.pdf .

Trenton, NJ – The ‘war on drugs’ has just taken a wicked left turn. On Friday, November 20, 2020, one of marijuana’s staunchest supporters, Ed “NJWeedman” Forchion,  held an online press conference at his NJWeedman’s Joint location, contesting New Jersey’s recent legalization of cannabis. Forchion announced his federal lawsuit against New Jersey Governor Phil Murphy, accusing the state of baiting New Jersey citizens into voting for the legalization of a corporate, Caucasian run cannabis industry, under the guise of legalizing marijuana. Forchion notes that under the current developing legislation, marijuana will still be illegal and in fact, criminalized, in underserved communities. View Case 3:20-cv-16582-PGS-TJB FORCHION v. MURPHY at: http://njweedman.com/Federal_Cannabis_lawsuit.pdf .

In a 40 plus page document, filed at the United States District Court for the District of New Jersey, Forchion seeks to have the “Court declare unconstitutional and invalid the application and implementation of the ‘Constitutional Amendment to Legalize Marijuana.’” Forchion asserts that the Regulated Cannabis Act, as the amendment is referred to in the lawsuit, “deprives him of equal protection and due process under the United States Constitution and subjects him to selective prosecution.”
Forchion notes that the state unfairly allows Compassionate Use Medical Marijuana Act (CUMMA) dispensaries to possess large amounts of marijuana in violation of federal law while prosecuting individuals such as himself. Forchion, a long-time marijuana activist, has had numerous marijuana related prosecutions brought against him by the State of New Jersey, including a pending matter.
In addition, Forchion proposes that voters were duped into believing that they were voting to legalize marijuana, while unwittingly sanctioning a cannabis industry which only grants legalization to a majority of Caucasian owned corporate entities while criminalizing individuals of color, who in effect will not be granted similar market access.
This new Caucasian corporate cannabis industry is a sham,” apprizes Forchion. “Politicians are in cahoots with corporations to take over and control what is now a multi-billion-dollar industry while excluding the existing marijuana market. We are witnessing systematic discrimination. Only ‘regulated cannabis’ which is defined as the pot sold by dealers licensed by a new bureaucracy called the Cannabis Regulatory Commission will be allowed in the marketplace. But individuals possessing and selling marijuana – such as myself, will still be in violation of the law. The community that paved the road for legalization and paid the price with incarceration and felonies, are being locked out of the ‘new’ industry 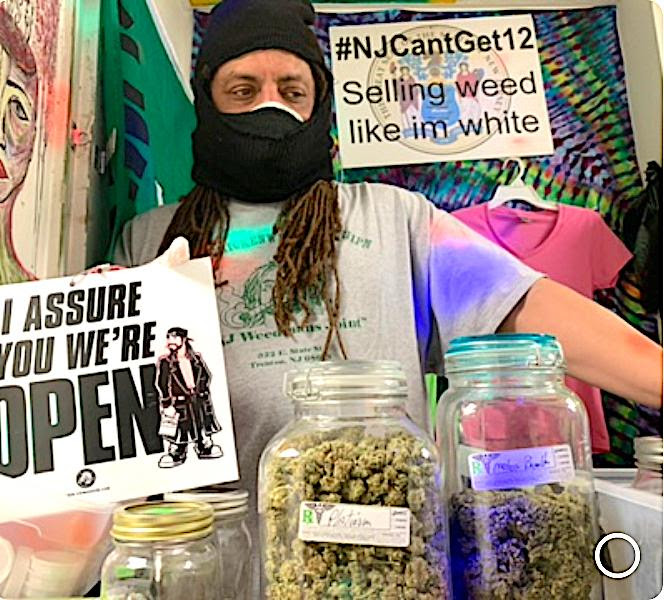 “It’s the cocaine vs. crack dilemma all over again,” explains Forchion, “similar to the war on drugs when prison sentences were handed down to people of color for using crack cocaine, while individuals, who were most notably white, were hardly prosecuted for using powder cocaine. Our State Attorney General Gurbir Grewal is on record stating that the new amendment does not authorize ‘unregulated marijuana.’ New Jersey is subtly creating a distinction between “marijuana” for the masses versus state ‘regulated cannabis’ for the establishment,” cites Forchion.
New Jersey has come under mounting criticism since the recent passing of legalization. Politicians, community activists and the media have taken the state to task for attempting to push through a corporatized cannabis culture that doesn’t seem to best serve its constituents. Headlines have drawn attention to the state’s blatant interest in profits over compassion. In fact, lawmakers’ first attempt at enabling legislation, has been halted amid growing criticism. The number of licenses set aside for Black and Latino communities in the bill has been widely criticized and advocates have demanded more opportunities be extended for people with criminal records for low-level drug convictions. 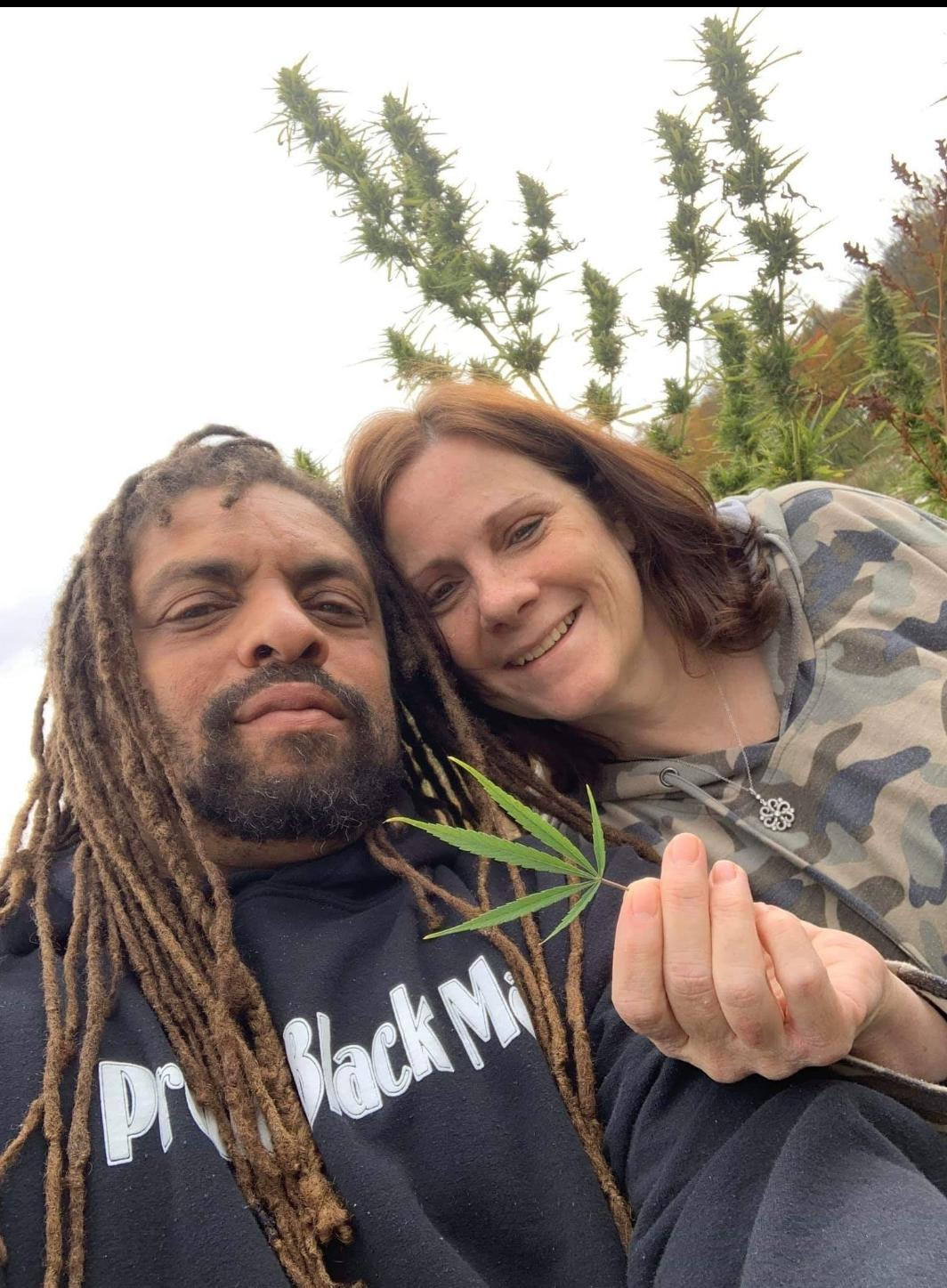 Forchion, whose lawsuit positions him squarely amid the ongoing conflict, is no newcomer to battle. As cited in his lawsuit, he has been vehemently retaliated against in the past by the State of New Jersey. In 2002, he was jailed for advocating the legalization of marijuana. Forchion was held at the Burlington County Jail from August 19, 2002 until late January 2003 when United States District Court Federal Judge Joseph E. Irenas, U.S.D.J., (https://www.njweedman.com/forchion_vs_isp.pdf )
hearing his civil rights suit, agreed that the state had violated Forchion’s First Amendment right to advocate marijuana’s legalization and ordered him released after 5 months of illegal jailing.

In 2016, Forchion and his partner, Debi Madaio, had their restaurant raided by Mercer County law enforcement authorities on marijuana dealing charges. Forchion was held without bail for over 400 days due to the retaliatory charge of witness tampering. He was acquitted by a jury and all charges were dismissed with no convictions. (https://www.nj.com/marijuana/2018/05/nj_weedman_is_out_of_jail_after_400-plus_days_but.html )

Sign the NJWeedman’s Joint Change.orgpetition at https://www.change.org/p/phil-murphy-demand-gov-phil-murphy-grant-njweedman-s-joint-a-recreational-cannabis-license.
Follow Ed “NJWeedman” Forchion across all social media at @NJWeedman and at https://www.njweedman.com/.

Inspired by true events, PARADISE CITY follows three men from different walks of life: a young cop with a checkered past (Kareem Saviñon), an ex-con turned devout Muslim (Hassan “Giant” Bradley), and a junkie with affluent roots (Petrovski). Their worlds collide when a plot to justify New York City’s counter-terrorism campaign against homegrown extremists is uncovered. The men find themselves targeted by a corrupt police network led by Chief Frank Murdoch (Sticky Fingaz) and a dynastic family, newly led by the daughter, Bianca (Laura Kamin).

Director John Marco Lopez said: “It’s truly an honor to have my third feature film released to a large audience in 2020. We’re jumping off from the point of view of a crime drama, but we’re going to a number of different places – emotionally & spiritually. We’re also crossing a few different genres in a hopefully, exciting, and fresh way. We’ve put together a lot of challenging productions over the years, but this is certainly the biggest in terms of the epic scale of our storytelling. We shot over two years, over multiple urban and rural locations, with a massive cast and huge set pieces. For an indie film like ours – it doesn’t get much bigger. There’s no question, it’s the most ambitious film we’ve made.”

“Collaborating with John and creating this character together was something really special. It was simultaneously the most challenging and rewarding experience I’ve ever had,” said Chris Petrovski.

﻿“Playing the role of Murdoch gave me a chance to stretch my acting chops by being a character I’ve never been before. Plus the writing and black & white cinematography was amazing,” commented Kirk “Sticky Fingaz” Jones.