LOS ANGELES – MARCH 12, 2020 – After six celebrated seasons and enough awards and nominations to make Moira Rose swoon, Pop TV is celebrating its breakout hit SCHITT’S CREEK with the ultimate farewell for fans: an intimate behind-the-scenes look at the beloved series with the special Best Wishes, Warmest Regards: A Schitt’s Creek Farewell. The inside look will debut on Pop TV on April 7 at 8:30PM ET/PT immediately following the series finale, which is being supersized in a simulcast across Pop TV, Comedy Central and Logo in a special event at a new time, 8PM ET/PT.

“As we celebrate the end of SCHITT’S CREEK, we couldn’t do it without creating a special TV moment to send this historic series out on top,“ said Brad Schwartz, President, Pop TV. “This must-watch behind the scenes doc is the perfect way to honor a series that has made an impact in so many people’s lives, with enduring characters and stories filled with heart, humor and honesty that will stand the test of time.”

BEST WISHES, WARMEST REGARDS: A SCHITT’S CREEK FAREWELL, directed by Amy Segal, is a celebration of the four-time Emmy®-nominated comedy series and its undeniable cultural impact. Fans will go behind the scenes for the first time, with never-before-seen footage of wardrobe fittings, the emotional final table read, audition tapes, and more. The special will feature interviews with the cast, creators, journalists, and celebrity superfans including Paula Abdul, Will Arnett, Carol Burnett, Cameron Crowe, Tony Hale, Amy Sedaris, Johnny Weir, and more.

About Pop TV
Pop TV, part of the ViacomCBS Entertainment & Youth Group, is a fully distributed entertainment media brand featuring fun, comedy-leaning programming for The Modern Grownup® – engaged fans, raised on network TV, who came of age in the ‘80s and ‘90s. Pop is TV the way it should be – effortlessly entertaining and home to some of the most buzzed-about shows in all of television. They include pop culture phenomenon and four-time Emmy®-nominated comedy series Schitt’s Creek, and fan-adored, culturally significant, One Day At A Time. Pop TV also features a lineup of “Still Awesome” movies and television hits our audience grew up enjoying including: Beverly Hills 90210, Charmed, ER and Gilmore Girls. Pop is available on all major cable and satellite providers, through the downloadable app PopNow and on most over-the-top streaming services. To learn more, visit https://poptv.com

Anchoring the Netflix is a Joke Fest is the May 3rd closing night inaugural edition of The Hall, a first-of-its-kind hall of fame honoring the greats of stand-up comedy. Today’s biggest names in comedy including Dave Chappelle, Kevin Hart, Chris Rock, Billy Crystal, Whoopi Goldberg, Jerry Seinfeld, Sarah Silverman, Wanda Sykes and more will pay homage to and induct comedy legends George Carlin, Richard Pryor, Joan Rivers and Robin Williams. The Hall and induction ceremony special were created by award-winning director/producer Marty Callner and producer Randall Gladstein. Callner will direct and executive produce through his Funny Business, Inc. shingle. Gladstein and award winning producer/manager, David Steinberg will also executive produce. The Hall, which will have a physical home in a newly designed wing of the National Comedy Center in Jamestown, New York, will be taped at The Ace Theater in Downtown LA for streaming on Netflix later in May.

Tickets for all events across the festival will go on sale to the general public beginning Friday, March 6th at 10am PT at www.NetflixIsAJokeFest.com. Select pre-sales will be available beginning Tuesday, March 3. Eleven shows will be recorded (noted below) and available in their entirety at a later date on Netflix. Highlights will also be available on Netflix Is A Joke’s SiriusXM channel and on Netflix Is A Joke social platforms.

Netflix is also proud to partner with Comedy Gives Back, a nonprofit organization whose mission is to create a safety net for comedians in need with mental health, medical and financial crisis support. During the Festival, Comedy Gives Back will provide onsite services and information for all interested Festival goers, free of charge. Comedy Gives Back is a 501(c)3 fiscally sponsored project through Road to Artdom Foundation, Inc.

“It’s our honor to transform LA for one week into the funniest place on earth,” said Ted Sarandos, Netflix Chief Content Officer. “This festival is a unique celebration of the art of comedy, and the role it plays in reflecting our lives and defining culture. It’s a chance for comedy lovers to come together and see their favorite artists as well as discover new ones, and for us to be able to share the electricity and excitement of the festival in Los Angeles with Netflix members around the world.”

The festival will take place across over 20 venues in Los Angeles, including the Hollywood Bowl, Greek Theatre, Hollywood Palladium, The Largo and more, with much of the festival primarily centered in Hollywood.

Below is a preview of the fest’s shows and events. The latest information and schedule will be available on www.NetflixIsAJokeFest.com.

“*Talent and schedule subject to change”.

THE THEATRE AT ACE HOTEL

The Hall: Honoring the Greats of Stand-Up (recorded)

An evening of music and comedy featuring Dave Chappelle and very special guests.

STAND OUT: An LGBTQ+ celebration at The Greek Theatre (recorded)

Legendary late night host David Letterman returns to his roots to showcase some of today’s finest stand up comedians to perform and then join him for a one-of-a-kind interview.

Megastar and Oscar-winner Jamie Foxxhosts this loaded lineup featuring some of his favorite comedians!

The Degenerates is BACK and it’s LIVE. You loved the first two seasons of this no-holds-barred comedy show featuring the hottest rising stars of comedy. Now this crude and lewd show is hitting LA for a special Live edition hosted by Jim Jefferies featuring Big Jay Oakersen, Christina P, Ms. Pat, Robert Kelly and more.

Pete Davidson and his friends are doing stand-up comedy for you and your friends.

The India All Star Show hosted by Vir Das (recorded)

Jacqueline Novak Get On Your Knees live

Arsenio Hall presents a lineup of the funniest comedians in LA at the legendary Comedy Union.

Best buds Jeff Ross and Dave Attell are bringing their uncut savagery for an all new season of Bumping Mics. Inviting friends and special guests from all over comedy to hang, riff and roast one another. No mic will go un-bumped.

About Netflix Is A Joke

As Netflix’s multiplatform comedy brand, Netflix Is A Joke provides a home for fans of standup, sketch, comedy series, film, and anything in between. Netflix is a Joke is where Netflix goes to be funny! 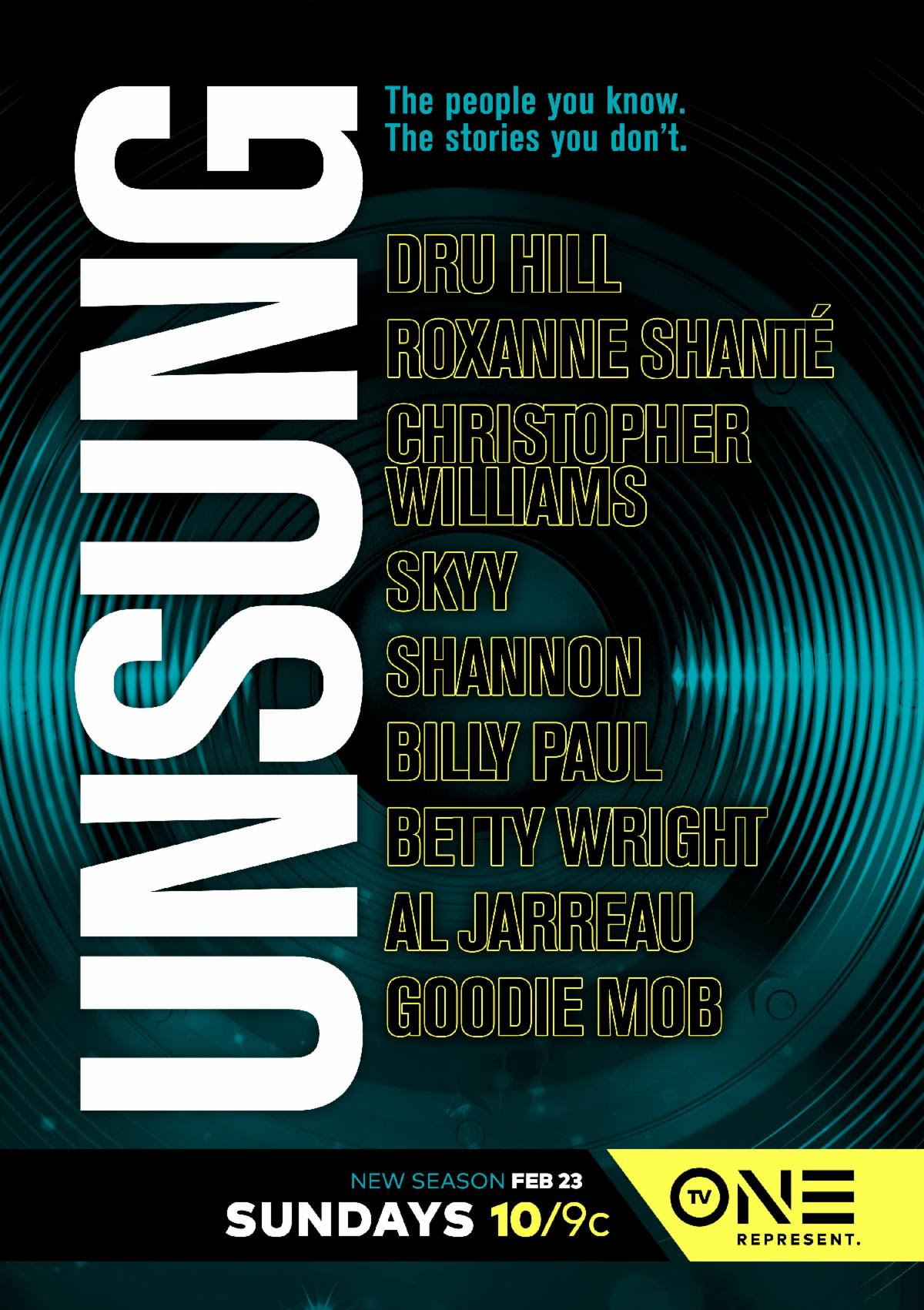 (SILVER SPRING, MD) – March 4, 2020 – TV One’s award-winning documentary series UNSUNG features R&B singer and actor Christopher Williams this Sunday, March 8 at 10 p.m. ET/9C.
Christopher Williams is an R&B singer and actor from the Bronx, who emerged during the late 1980s with a New Jack sound and pretty boy look. As the nephew of the late Ella Fitzgerald, music was always a part of his DNA. The baritone singer released his first single “Talk To Myself,” followed by “Promises,” both of which made Williams a fan favorite among the ladies. After the success of his first album, his popularity was further cemented with a starring role in the cult classic film, “New Jack City,” and the number one single “I’m Dreamin” from the film’s soundtrack. Events in his personal life, however,  would soon jeopardize his rising success. With an alleged rape charge and an arrest for child support, Christopher Williams found himself in a dark place.
The season continues with memorable stories of influential artists including funk and disco band Skyy; the “Mother of Freestyle” Shannon; Grammy Award-winning crooner behind the 1972 number one single “Me and Mrs. Jones,” Billy Paul; vocal powerhouse Betty Wright, best known for the 70s hit single “Clean Up Woman;” multi-Grammy Award-winning musician Al Jarreau; and Atlanta hip hop quartet Goodie Mob.
UNSUNG, winner of the 51st Annual NAACP Image Award for Outstanding News/Information- (Series or Special), celebrates the lives of trailblazing musicians whose full stories and journeys have yet to be explored. Through first-hand accounts, interviews with family and friends, and archival footage, each episode weaves a tale of the highs and lows of a life in the limelight.
UNSUNG is executive produced by A. Smith & Co. Productions’ Arthur Smith and Frank Sinton with Executive Producer Mark Rowland and Co-Executive Producer Kysha Mounia. For TV One, Jason Ryan is Executive Producer in Charge of Production, Donyell Kennedy-McCullough is Senior Director of Talent & Casting and Brigitte McCray is Senior Vice President of Original Programming and Production.
###
For more information on UNSUNG visit TV One’s YouTube Channel and check out exclusive, behind-the-scenes content on www.tvone.tv. Viewers can also join the conversation by connecting via social media on TV One’s Twitter, Instagram and Facebook (@tvonetv) and the UNSUNG Facebook (@tvoneunsung) using the hashtag #UNSUNG.
WATCH CHRISTOPHER WILLIAMS’ UNSUNG EPISODE CLIPS

(Left) Christopher Williams’ hotel incident with Al B. Sure! 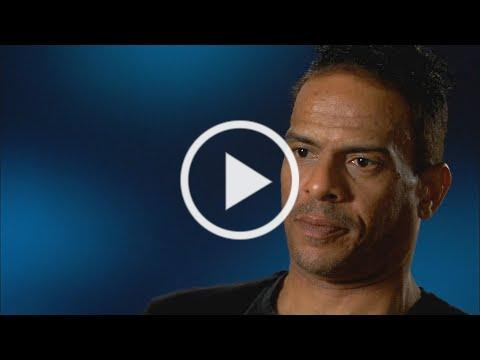 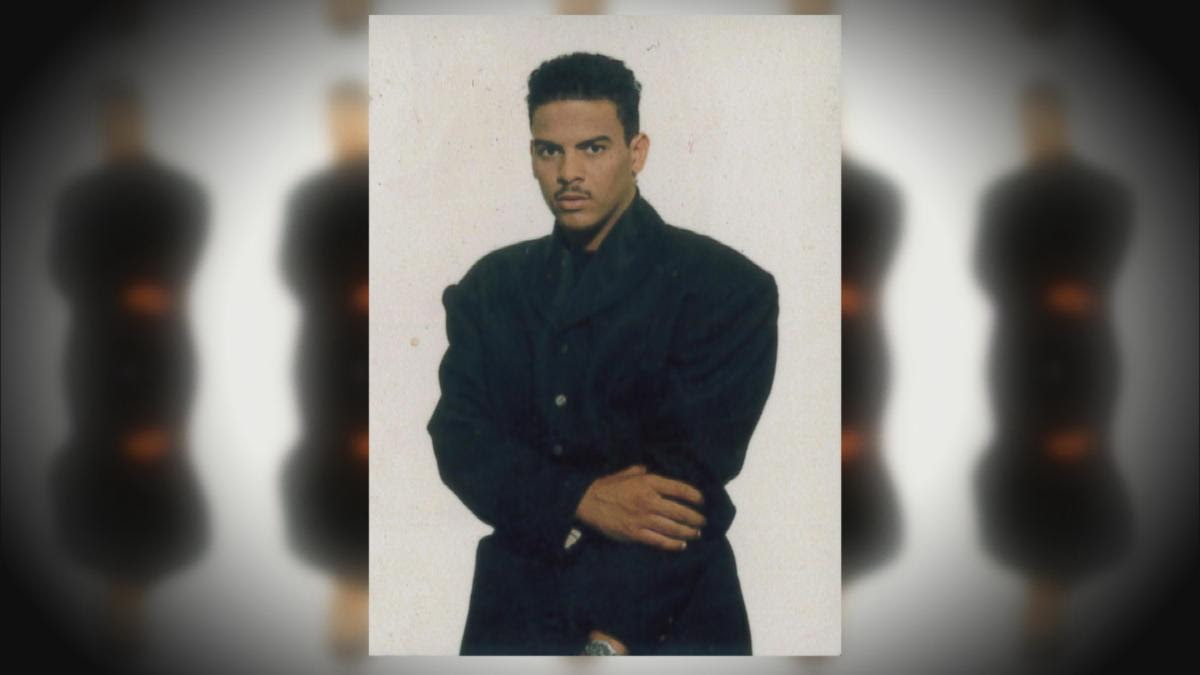 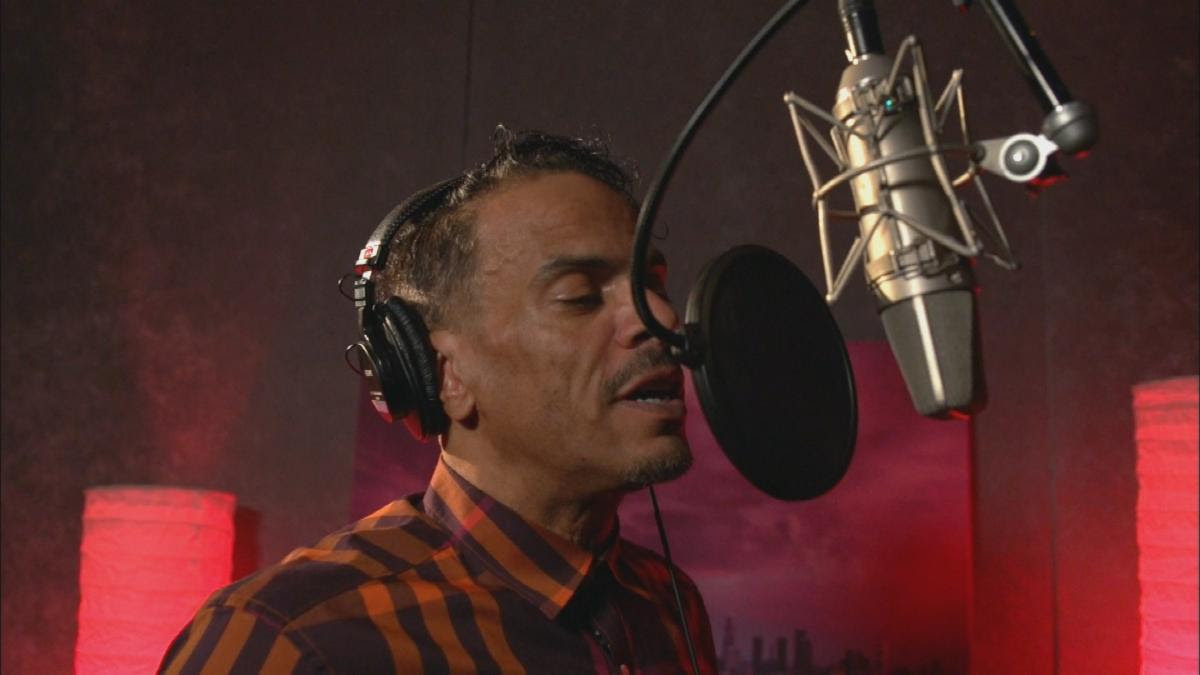 UNSUNG Airs Every Sunday @ at 10 P.M. ET/9C
ABOUT TV ONE
Launched in January 2004, TV One serves 59 million households, offering a broad range of real-life and entertainment-focused original programming, classic series, movies and music designed to entertain and inform a diverse audience of adult black viewers. The network represents the best in black culture and entertainment with fan favorite shows Unsung, Uncensored, The DL Hughley Show, ATL Homicide, Fatal Attraction and Urban One Honors. In addition, TV One is the cable home of original blockbuster films including When Love Kills: The Falicia Blakely Story, Love Under New Management: The Miki Howard Story, Bobbi Kristina and The Bobby DeBarge Story. TV One is solely owned by Urban One, Inc., formerly known as Radio One, Inc. [NASDAQ: UONE and UONEK, www.urban1.com, the largest African-American owned multi-media company primarily targeting Black and urban audiences.
JOIN THE CONVERSATION
Follow TV One on social media for behind the scenes clips, updates and more!

ATLANTA (March 3, 2020) – Brown Sugar, the popular subscription streaming service from Bounce, will feature both a curated collection and popular returning titles in honor of Women’s History Month this March.

Fan favorites returning to Brown Sugar in March include the World War II film Sudie and Simpson starring Louis Gossett Jr., the martial arts comedy Bamboo Gods and Iron Men directed by Cesar Gallardo and a Fred “The Hammer” Williamson lineup including the classic crime story Black Caesar, its sequel Hell Up in Harlem and the popular drama The Hammer.

Focus Features will release THE HIGH NOTE in theaters on Friday, May 8, 2020

Set in the dazzling world of the LA music scene comes the story of Grace Davis (Tracee Ellis Ross), a

superstar whose talent, and ego, have reached unbelievable heights. Maggie (Dakota Johnson) is Grace’s overworked personal assistant who’s stuck running errands, but still aspires to her childhood dream of becoming a music producer. When Grace’s manager (Ice Cube) presents her with a choice that could alter the course of her career, Maggie and Grace come up with a plan that could change their lives forever.

In February 2019, it was announced Nisha Ganatra would direct the film, from a screenplay by Flora Greeson. Tim Bevan and Eric Fellner will serve as producers on the film under their Working Title Films banner. In May 2019, it was announced Dakota Johnson, Tracee Ellis Ross, Kelvin Harrison Jr. and Zoë Chao had joined the cast of the film. Ice Cube and June Diane Raphael were added in June. Bill Pullman, Eddie Izzard and Diplo were added to the cast.

Principal photography began in May 2019. In February 2020, the film was re-titled The High Note.