(LOS ANGELES) – November 9, 2018 – Film and television producer Datari Turner continues a year of successful ventures with the Showtime documentary Shut Up & Dribble, which he serves as executive producer on along with Lebron James’ SpringHill Entertainment. The three-part series premiered November 3 and will air its second installment this Saturday, November 10 at 9pm ET/PT.

Shut Up & Dribble, which borrowed its title from conservative commentator Laura Ingraham’s remarks to James earlier this year, provides a powerful inside look at the changing role of athletes in our fraught cultural and political environment, through the lens of the NBA. The series chronicles the modern history of the league, and how it became an incubator for many of its top athletes to grow their brands beyond the court and become cultural icons. By taking control of their own destinies, basketball players have helped to bring about social change and make their own statements in the current political climate. Former ESPN personality Jemele Hill narrates.

“I’m honored to be a part of such an inspiring and groundbreaking series,” says Turner. “Sports and basketball, in particular, have helped to bring about incredible social and economic change in our culture. Sports icons like Lebron James and others, continue to lead by example, making powerful statements for change in our current political climate. My hope is that everyone will be inspired and impacted from watching ‘Shut Up & Dribble’ in some way or another.”

Check out the teaser below 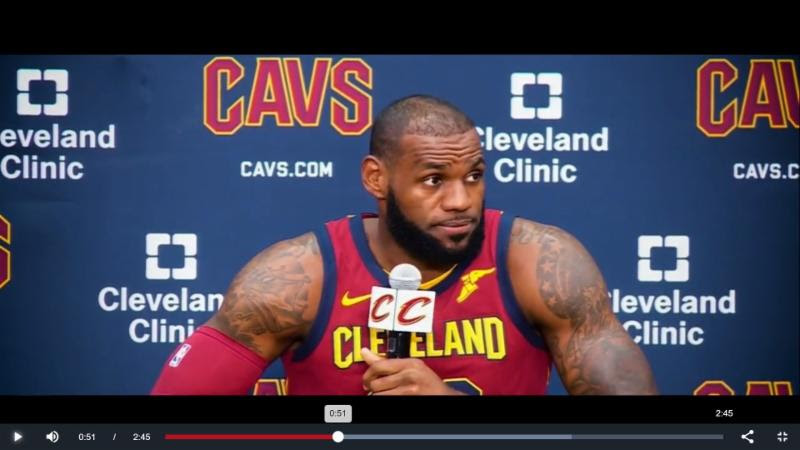 ABOUT DATARI TURNER
One of the most prolific independent producers in film and television, Datari Turner is crafting a career like no other. As founder of Datari Turner Productions in 2010, he has produced 30 feature films, including six (6) films that premiered at the Sundance Film Festival: A Boy. A Girl. A Dream (2018); Gook (winner of the NEXT Audience Award in 2017), Ten Thousand Saints (2015), Luv (2012), Another Happy Day (2011) and Salvation Boulevard (2011). All told, his films have earned 98 festival award nominations.

On the television side, Datari has produced 100 hours of original programming for networks such as WE tv, BET, TV One, Starz and Oxygen. Datari is creator of the hit WE tv franchise “Growing Up Hip Hop,” currently in its 4th season and the network’s highest-rated program.

A native of Oakland, CA, Datari attended the University of Oklahoma on a full football scholarship and later became a model for top brands such as Banana Republic, Tommy Hilfiger and Sean John. An alum of the ABC/Disney program, Datari resides in Beverly Hills and sits on the board of The Blackhouse Foundation. He is repped by CAA and attorney Linda Lichter.