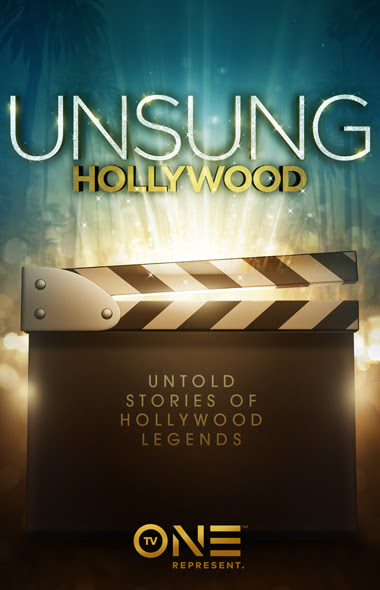 (SILVER SPRING, MD) – September 12, 2018 – TV One is set to premiere brand-new episodes of its original, critically-acclaimed auto-biographical series UNSUNG HOLLYWOOD and UNCENSORED, on Sunday, October 7 starting at 9 p.m. ET/8C and 10 p.m. ET/9C, respectively.
UNSUNG HOLLYWOOD, which profiles some of the most talented, versatile, and influential black celebrities in Hollywood, will debut new episodes on Sunday, October 7 at 9 p.m. ET/8C, kicking off with the story of the iconic African American film The Best Man. The remainder of the season features equally unforgettable stories from influential entertainers including comedian/actor Wayne Brady, actor and R&B singer Ray J and comedian/TV/radio personality Rickey Smiley.

UNCENSORED, which follows at 10 p.m. ET/9C, explores the lives of your favorite personalities as they reveal secrets to their success, obstacles they’ve faced, and how they manage this new world of social media that has helped, but sometimes haunted their careers. Viewers will enjoy candid sit-downs with entertainment mogul Nick Cannon, actress Tichina Arnold, R&B singer K. Michelle and comedian/TV/radio personality D.L. Hughley.
During its premiere season, UNCENSORED reached 3.5MM unique viewers and was a top 3 original cable series in its timeslot among AA P25-54, AA W25-54 and AA

W18-49. The autobiographical series gives unprecedented access to stars of film, television, music, and pop culture, as they personally reveal their own stories, in their own words, in the places their stories unfolded.

UNSUNG HOLLYWOOD is a spin-off born of TV One’s longest-running, six-time NAACP Image Award winning franchise UNSUNG, and profiles some of the most talented, versatile, and influential black celebrities in Hollywood, from movies and television to comedy, sports, and more.
TV One’s upcoming new episodes of UNSUNG HOLLYWOOD are outlined below:

THE BEST MAN
Malcolm D. Lee’s directorial debut, The Best Man, featured unforgettable characters, a dream cast and a hot soundtrack. But despite its universal storyline, it was marketed as a “black film” and ultimately failed to have the mass appeal Lee had been seeking.

Singer, Actor, Reality TV star: Few performers are as versatile as Ray J. But his success as a singer and TV actor were ultimately overshadowed by a sex tape with Kim Kardashian, and bouts with alcohol and depression.

Wayne Brady shot to fame on “Whose Line Is It Anyway,” winning his first Emmy in 1993. Known for his “nice guy” image he shocked the world by playing the villain on “Chappelle’s Show.” In 2014, Wayne Brady revealed his longtime battle with clinical depression that nearly cost him his career and his life.

Stand-up comic, TV host, actor, recording artist and radio personality, Broderick “Rickey” Smiley could do it all. But his comedic roots harken to a painful, poverty-stricken childhood in the rural south that was anything but funny.
TV One’s upcoming new episodes of UNCENSORED are outlined below:

Raised on two coasts, Nick Cannon grew up balancing the gangs of San Diego with his father’s ministry in North Carolina. Eager to escape the risk of the streets, he recognized his call to entertainment at an early age and spoke his success quickly into existence. Embracing an early achieved bubblegum persona, he works behind the scenes creating opportunities and jobs for comedians and entertainers. His largest success is “Wild ‘n Out”for MTV and his influence and talent reaching much farther than he is given credit.

K. Michelle constantly sings songs of heartbreak and pain. One look into the life of this songstress turned reality star and you’ll understand why. In this story we take a deep look into some of the experiences that inspired some of the songs you know and love as well as her journey to fame.

An Original King of Comedy, D.L. Hughley was raised in Los Angeles and no stranger to his neighborhood gangs, which provided a sense of structure, family and community. Dropping out of high school as a self-proclaimed “dummy” he joined the LAPD Academy, quit and married his wife of over 30 years to start a family. His work ethic is unapologetically driven and dedicated to providing for his loved ones, and his motivation to leave a legacy led to the transition of his comedy from frivolous jokes to political topics inspiring change. 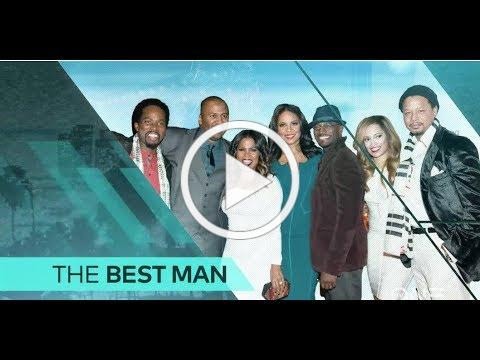 ABOUT TV ONE
Launched in January 2004, TV One serves 59 million households, offering a broad range of real-life and entertainment-focused original programming, classic series, movies and music designed to entertain and inform a diverse audience of adult black viewers. The network represents the best in black culture and entertainment with fan favorite shows Uncensored, Unsung, Rickey Smiley For Real, Fatal Attraction and The NAACP Image Awards. In addition, TV One is the cable home of blockbuster drama Empire, and NewsOne Now, the only live daily news program dedicated to black viewers. In December 2008, the company launched TV OneHigh Def, which now serves 14 million households. TV One is solely owned by Urban One, Inc., formerly known as Radio One, Inc. [NASDAQ: UONE and UONEK, www.urban1.com], the largest African-American owned multi-media company primarily targeting Black and urban audiences